A full veterinary report following the post mortem of Asiatic male lion, Mwamba, has revealed the cause of death to be pneumonia. 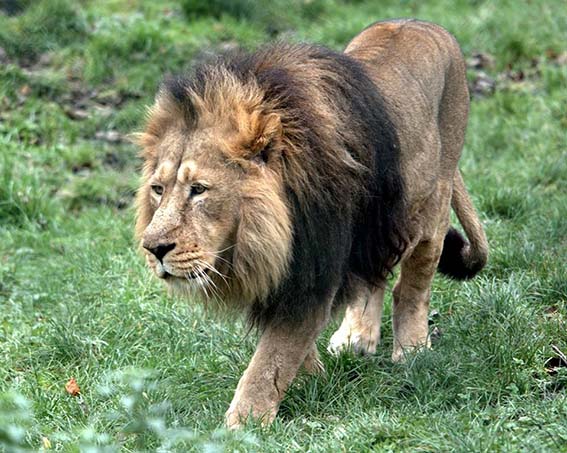 The 11-year-old died on Sunday, March 16, in his Lion Ridge enclosure.

Senior Curator, Derek Grove, said: “The vet attended to him the Friday before his death as he didn’t seem his usual self, but the following day he was out in the paddock with the two lionesses and we really thought he had rallied. We were all shocked by the speed of his death.”

He added: “It is a sad time for staff as he was a very laid-back lion and a real character and is much missed.”

 Mwamba’s legacy will live on, not solely in the five cubs he sired at Paignton Zoo before translocation to DZG last summer, but via a major research project at the National Museum of Scotland.

His DNA will be traced across the generations by Dr Andrew Kitchener, Principal Curator of Vertebrates in the Department of Natural Sciences, to boost data for future conservation programmes.

Thanks to Steve Weaver for sharing this image of the much-missed Mwamba.