We’re saying Thank You to Senior Keeper Laura Robbins, who’s been named our Employee of the Month for providing surrogate care for our baby joey. 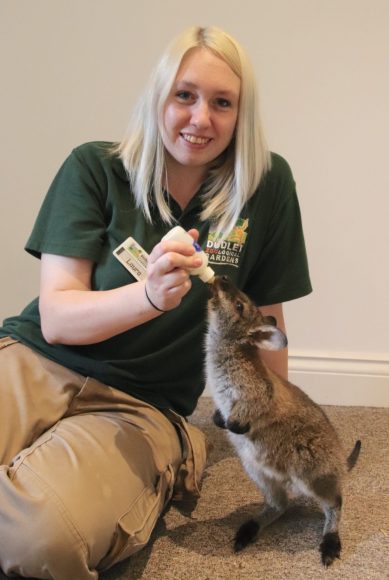 Mum-of-three Laura stepped in to provide round-the-clock care for young wallaby, Barney, after his mum died while still nursing him in her pouch.

Curator Richard Brown, who nominated Laura, said: “Without Laura’s dedication we would have most certainly lost Barney alongside his mum.

“Under her care he’s made tremendous progress and is now almost big and strong enough to move back to the zoo and return to the rest of the mob, which is all testament to her hard work.”