The first-time mums, who are sisters and named after the princesses in Disneys magical film Frozen, gave birth within a quarter of an hour of each other. 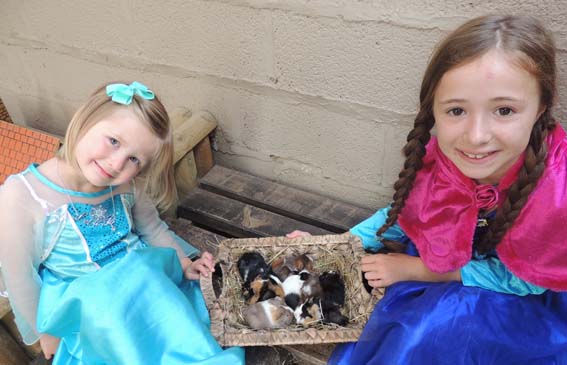 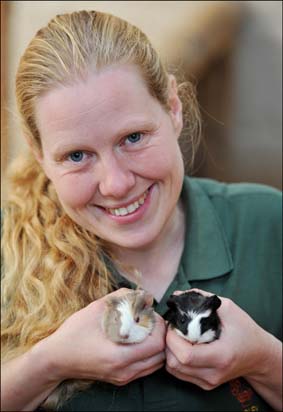 Anna gave birth to five babies on August 6 down on the DZG Farm and just 15 minutes later Elsa produced four little ones.

Senior Keeper Lesley Lewis said: We were with Anna when she was giving birth and I went to check on Elsa, wondering if her sisters labour might set her off, and sure enough it had!

We couldnt believe that the sisters had given birth on the same day at more of less the same time but it was wonderful to see.

We now have six baby boys and three girls and they are all adorable. 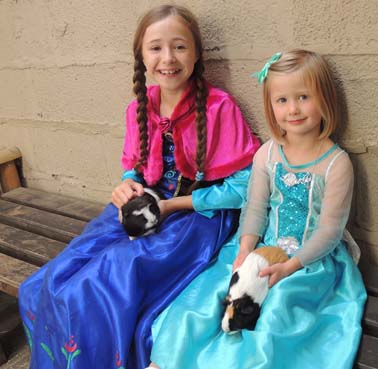 Guinea pigs Anna and Elsa were donated to DZG by Birmingham Wildlife Conservation Park and have been down on the Farm for six weeks.

They have only recently been named after the princess sisters from the movie Frozen, as all our guinea pigs have Disney names.

Lesley added: We like to choose names from animated films our visitors like and when the two sisters came onto the Farm, Anna and Elsa were the obvious choice.

Well have to get thinking of more names now for the little ones. The new mums are both doing well and the babies are loving all the attention they are getting from visitors.”

Do come and see Anna, Elsa and their lovely little babies when you can!