A female Himalayan monal pheasant has flown into DZG to form a breeding pair with our resident male. 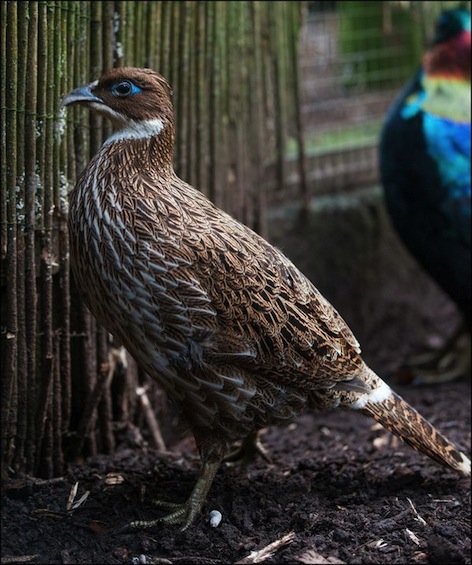 The bird translocated from Tilgate Nature Centre in West Sussex and has joined the male in the triple aviaries after undertaking a 30-day quarantine period.

DZG Senior Keeper, Ben Vanes, said: “The pair have settled together really well, so we’re hopeful of some eggs later this year.” 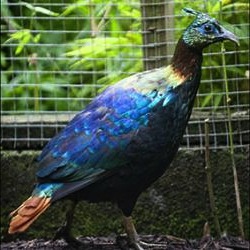 Unlike the male monal pheasant – pictured left – who has an iridescent multi-coloured plumage, the female is much drabber in colour with brown, black and white tones, although it still has a striking blue ring around its eye, similar to the male.

As its name suggests, the species is found living throughout the Himalayan mountains in high altitude coniferous and open forests.

Their breeding season begins in April and following mating the female lays will lay up to five eggs in a shallow dug nest.

She’ll incubate them for 27 days, while the male stands guard over her throughout.

He’ll also protect the youngsters until they fledge and become independent at around six months old.