Dudley Zoo’s reindeer are turning heads as their antlers show early signs of their annual moult. 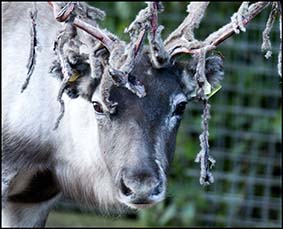 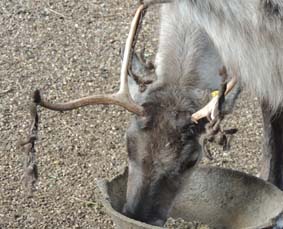 Several of our visitors have been asking keepers about the velvet dropping off their antlers.

But staff looking after the herd have been happy to explain it’s all perfectly natural and part of their yearly cycle. 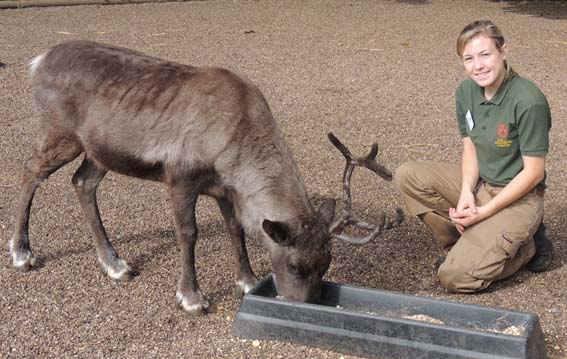 Ungulates Section Leader Jay Haywood said: “Every year around this time, visitors comment on the strange looking antlers but it’s nothing to worry about and is just typical behaviour.

“They always lose their moults around this time of year. Male reindeer then typically shed their antlers at the start of the year, after using them to fight for dominance during the rutting season in September and October.

“Females won’t lose theirs until springtime, as in the wild they would use them to scrape away snow in the winter months in their hunt for food.”

Both male and female reindeer have antlers which can grow up to an impressive 1.2 metres.

They are the only mammals able to see ultraviolet light. This is thought to help them see better in their white, featureless, winter world

They are known as reindeer in Europe, but their North American name is caribou