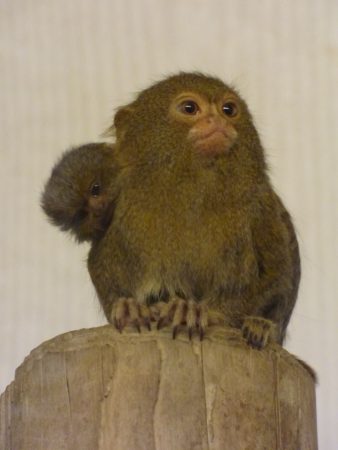 We’ve now got 11 of the world’s smallest monkey species in the Small Primate House following the birth of twins on October 27.

The pair, who have been called Pumpkin and Spice, are the third litter in less than a year born to mum, Pam and dad, Hendrix, and join older siblings Duncan, Edward, Zippy, Bill, Ted, Ronnie and Reggie.

Section Leader, Pat Stevens, said: “We always do really well with the breeding of pygmy marmosets and it’s great to welcome a further two to the group and they’re both doing well.”

Pygmy marmosets live in groups of up to 15 individuals consisting of a dominant adult breeding pair and their offspring of various ages.

Gestation is 142 days and the majority of captive births for the species are non-identical twins.

The babies are usually carried by the male and only returned to the female for feeding. 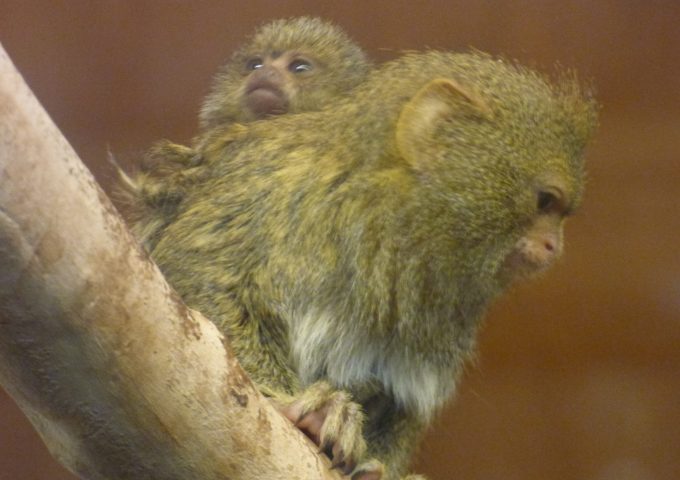 Previous: Cosy crocs!
Next: A thankful shout out!