Our scarlet macaw aviary is bursting with even more colour after the arrival of four gorgeous green military macaws. 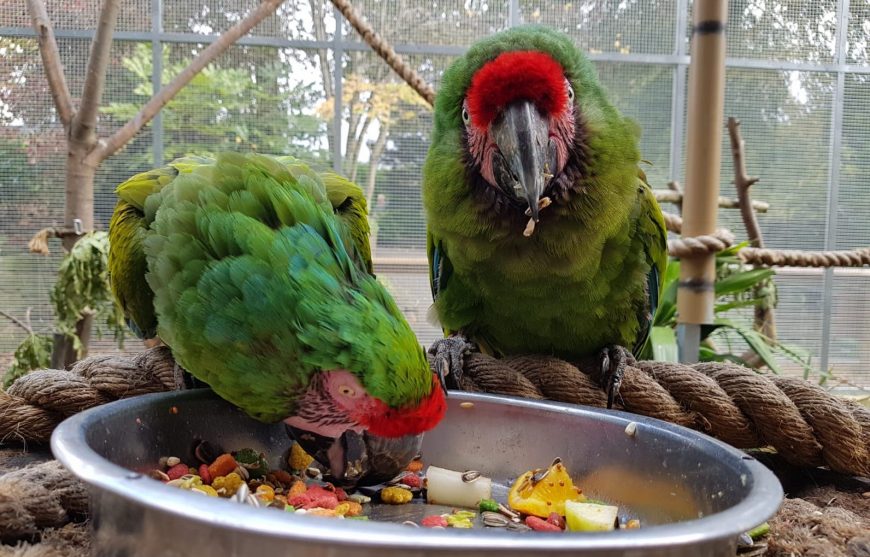 The four newcomers have joined our eight stunning scarlet macaws in their impressive £30,000 home near Lemur Wood.

The military macaws arrived three weeks ago from Paradise Park in Hayle, Cornwall – the same place the South American scarlet macaws came from in April. 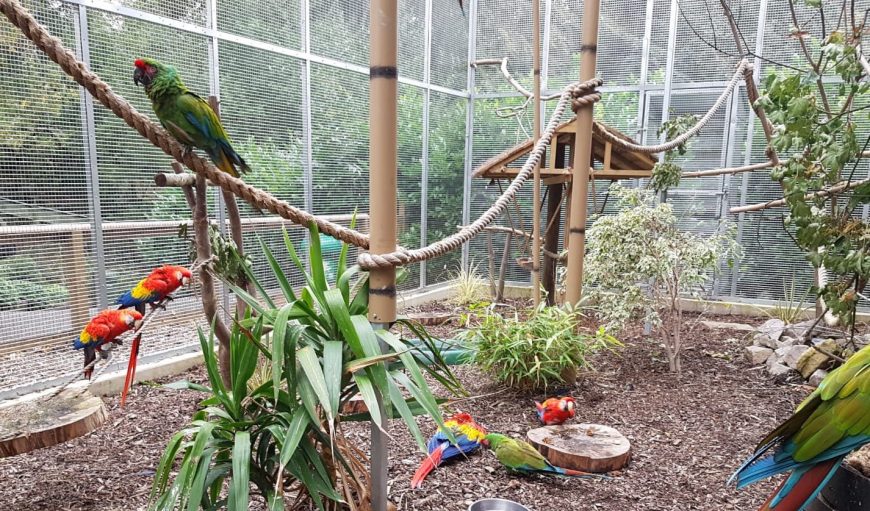 Head of Birds Nicola Wright said: “The military and scarlet macaws had been kept together at their previous home so there were no problems when we introduced the new arrivals to the others.

“They are all doing well and it’s great to have military macaws back at Dudley Zoo.”

Our previous pair of military macaws left us to go to Tilgate Nature Centre in West Sussex when the three old aviaries were being demolished to make way for the new build, which now houses our 12 rowdy residents.

Previous: Baby number 15!
Next: Boo from the Zoo!