DZG has been going creepy crawly crazy in the past week as it takes part in the first ever Big Bug Bonanza.

Organised by BIAZA (British and Irish Association of Zoos and Aquariums) the event is being marked in 30 zoos all across the country and runs at DZG from August 3 to 16.

Presenter Caroline Howard, said: “DZG has been instrumental in helping organise the first ever Big Bug Bonanza so we are very excited about taking part and helping raise awareness of bugs as well as showing people some of the fascinating creatures that exist in their world.

“We have lots of bug related activities which our volunteers will be running daily in the Discovery Centre including a make your own bug home as well as an origami ladybird to hang from our special bug tree.”

Visitors can also take part in a bug trail around the zoo for a chance to win a creepy crawly creature feature. 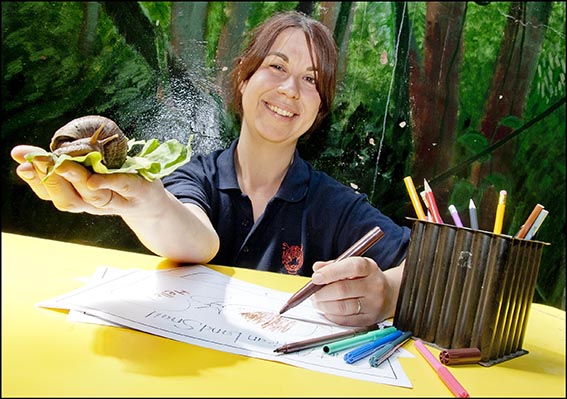