White-throated monitor lizard, Monty, can come face-to-face with his visitors, thanks to a new window ledge in his enclosure. 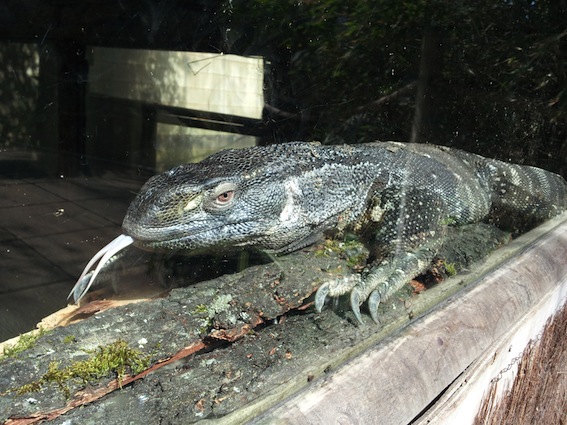 Primate keepers have transformed a piece of tree trunk into a shelf for the four-year-old, who is now spending all of his time watching the world go by in Monkey Tails.

Lower Primates Section Leader, Nicola Wright, said: “We decided to install the window ledge after noticing Monty kept trying to peer out of the window. 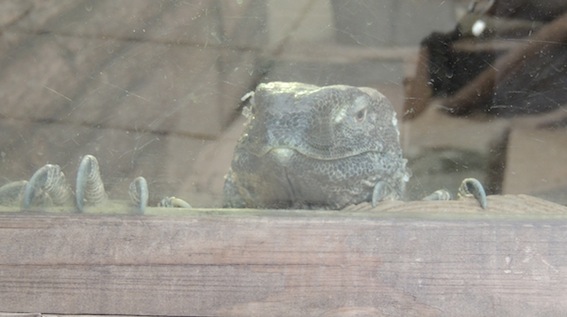 “He used to try to stand on his back legs and peek out, but you could only see his head, so we tried the shelf, which he can climb up on and he absolutely loves it and now spends most of his day lying up there.

“Not only is it beneficial for him, as he gets to see what’s going on, but it’s great for us to be able to carry out health checks through the glass by checking him over closely. 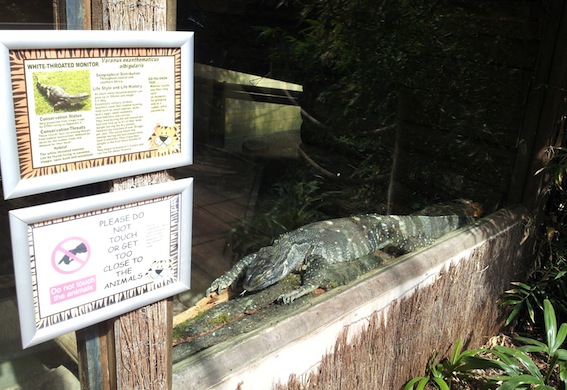 “It’s also brilliant for visitors, who can now see him clearly  and Monty enjoys watching them as much as they love seeing him!’

Previous: Mia’s best day ever
Next: Remember the postcode!