White-throated monitor lizard, Monty, has headed off on holiday. 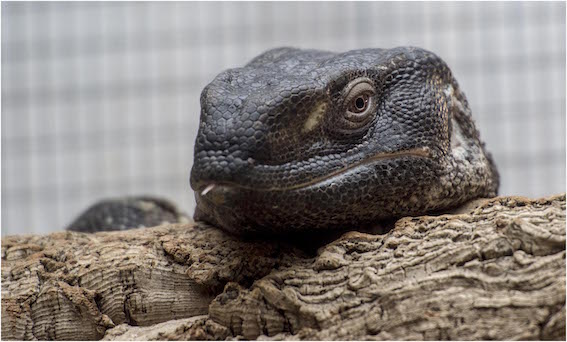 But he’s not gone far  only from the bottom of the zoo site to the top, after relocating to the Reptile House as his former Monkey Tails home transforms into Lorikeet Lookout!

Senior Keeper, Sam Grove, said: “Monty is only temporarily on-show in the Reptile House while the work is being carried out in his permanent abode  but so far, he seems to be enjoying his mini break and likes climbing up on the branch platforms in the top of his enclosure.”

A diurnal species, monitor lizards are carnivorous and feed on a range of prey including snakes, birds, eggs, and invertebrates with occasional small mammals.

A powerful reptile, they can reach up to two-metres in length.