Acrobatic primates have new climbing apparatus, thanks to the Adventure Rope Centre, in Shropshire. 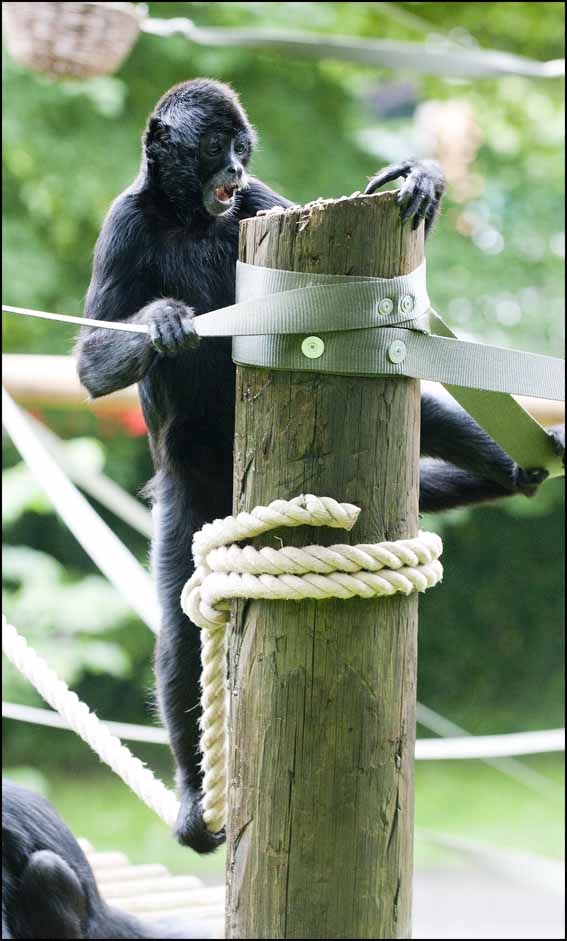 Team Leader of Lower Primates, Nicola Wright, asked the Shrewsbury-based company for unwanted ropes to use on the zoo’s new climbing frame for endangered spider monkeys.

She was delighted when the centre offered not only climbing but also bungee ropes, which have been incorporated into the layout of the small primates’ enclosure.   The ropes will provide enrichment for spider monkeys, Goochi, a 19 year-old male, and females Valentine, 11, Zula, 26, and five-year-old Delilah.   Nicola said:?”In the wild spider monkeys spend a lot of their time suspended by their limbs and tails while feeding. They are arboreal and don’t spend much time walking on the ground.

“The ropes, which have been kindly donated by the Adventure Rope Centre, mimic the vines and branches of the rainforest and replicate the natural conditions in which these monkeys live, and we are very appreciative of this gift.”

Steph Williams, Director of the Adventure Rope Centre, said: “The ropes have been the cause of so much joy for humans, it’s just brilliant that they are having a new lease of life enriching the lives of animals at DZG.”   Nicola added:  “We have also increased the height of the apparatus, to give the monkeys better vantage points to observe the wider environment and provide more mental stimulation and enrichment – it will give them a better workout, too.   “Spider monkeys like to use their powerful tail as a fifth limb, and the new design is encouraging them to do this, so they will be able to use more of their muscles which can only be good for them.”   Spider monkeys originate from the rainforests of central and south America and are hunted heavily in the wild.   Their prehensile tail enables the small primates to grasp branches using the tail and hind legs freeing their front limbs to find fruits and seeds high in the canopy. 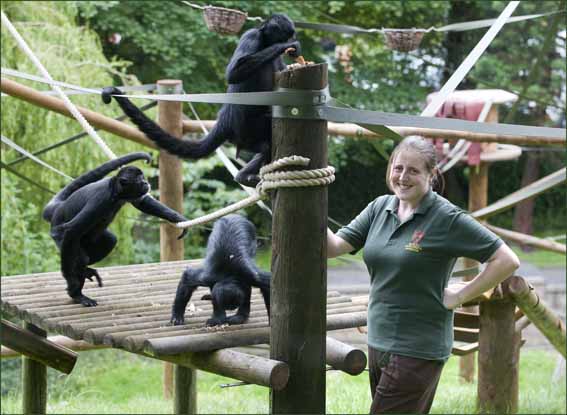