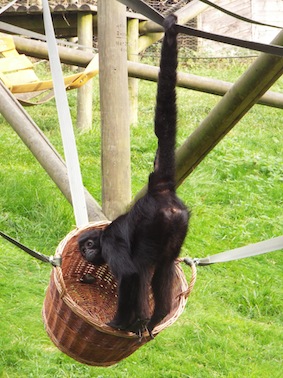 DZG’s spider monkeys have benefited from a clear out of Dudley Castle.

Work is currently underway to transform the former interpretation centre into CASTLE CREATURES  an interactive medieval experience featuring live animals  when staff stumbled upon a few large wicker baskets, which they donated to Chester, Charlie, Evita and Valentine to enhance their outdoor climbing frame. 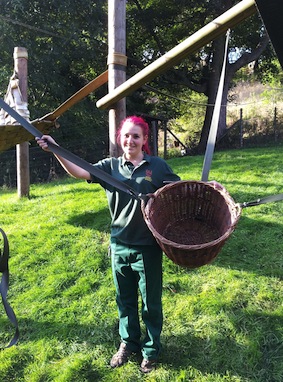 Lower Primates Trainee Keeper, Jade Reddall, pictured left, said: “Spider monkeys are quite shy primates, so we put the baskets in their indoor den for two days before fixing them to the outdoor frame with ropes, just so they could get used to them first.

“We knew if we just put the baskets straight outside the monkeys would refuse to come out, but they’ve been a huge success and all four of them have been using their prehensile tails to hang from the ropes and reach into the baskets for food, just as they should do.”

CASTLE CREATURES  is a new exhibit currently under construction within Dudley Castle, due to open Easter 2015. It will tell the story of the Earl of Dudley’s family, explain the history of the 11th century castle and house a series of animal exhibits showing how medieval folk lived in close proximity with species such as rats and bats as part of everyday life. 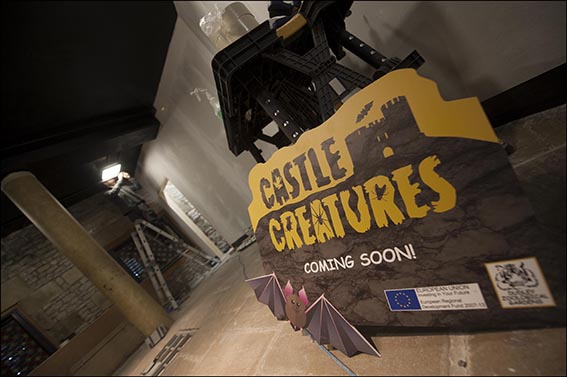