DZG’s Finance Manager Jon Ashfield is sporting a moustache this month to grow funds and awareness of men’s health issues. 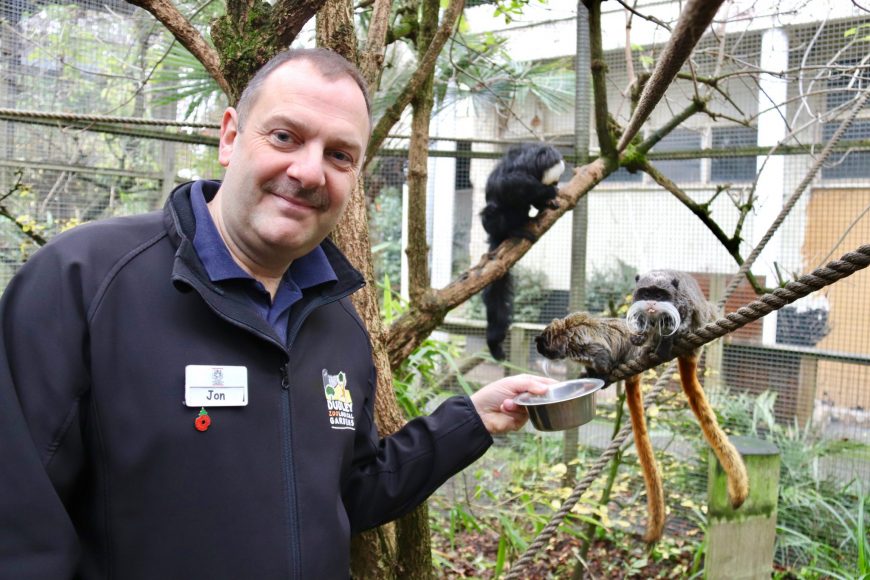 But the 46-year-old from Wall Heath, who is taking part in the Movember event, has a long way to go before matching the terrific taches of our Emperor tamarins! 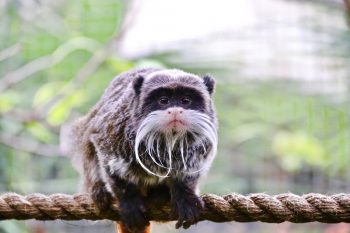 The New World monkeys, easily recognised by their long, white moustaches, are called Emperor tamarins because the moustache resembles that of German Emperor Wilhelm II.

Jon, who has worked at the zoo for eight years, started growing the moustache on November 1 with the aim of raising £50 for the Movember charity and awareness of men’s health issues, such as prostate cancer, testicular cancer and men’s suicide.

Jon said: “It’s tickly and itching because I am just not used it, not having grown a moustache for a long time, but it’s for a great cause.

“I have taken part in Movember once before as I know people affected by prostate cancer. I wanted to help fund research into conditions and illnesses which affect men’s health.”

The Movember Foundation is a multinational charity that aims to raise awareness of and money for men’s health. It involves being sponsored to grow moustaches throughout the whole month of November.