It was a case of mistaken identity for a group of Macleays spectre stick insects when they translocated to DZG from Edinburgh Zoo. 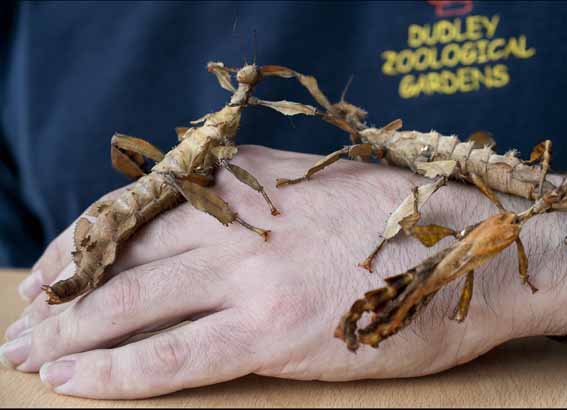 Presenters named the nine females all Sheila  the species  originates from Australia  and were delighted with their progress.

However, eagle-eyed Presenter, Caroline Howard, suddenly realised one Sheila is actually a male, and promptly renamed him Bruce  that’s him in all his glory pictured below and bottom. 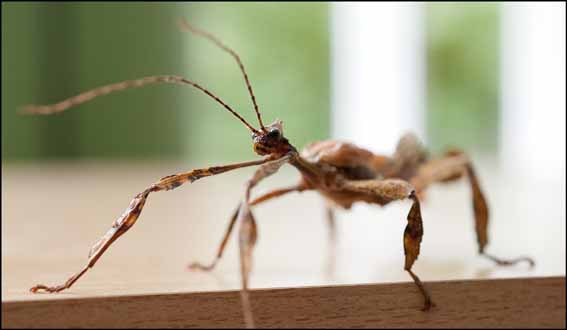 Caroline explained: “Macleays spectre stick insects show dimorphism, which means they are clearly different; females are long with thick bodies and can’t fly, while males are smaller, thinner and have really long wings and are most accomplished fliers.” 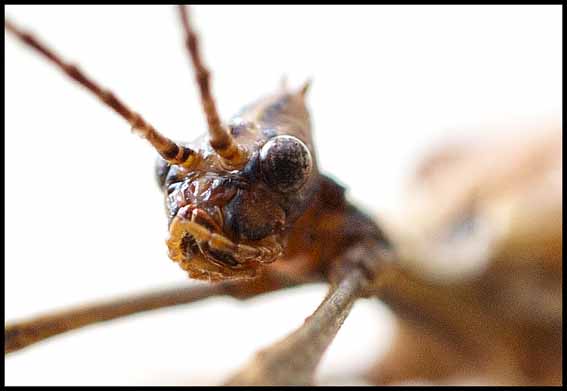 She added: “Despite the surprise all nine are quite happy living together in the Discovery Centre, and Bruce is a very lucky stick insect to have eight Sheilas all to himself.”

Previous: A time to remember
Next: What’s in My Lunchbox?