Presenters at DZG’s Discovery Centre were delighted when a new batch of minibeasts arrived. 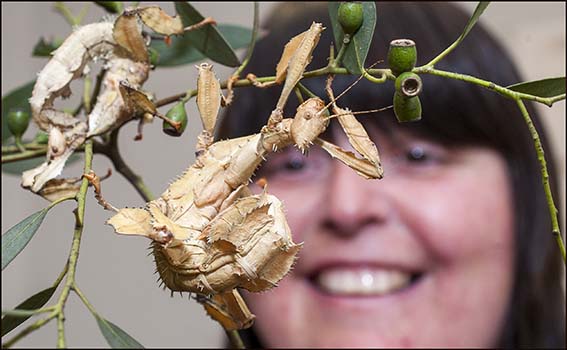 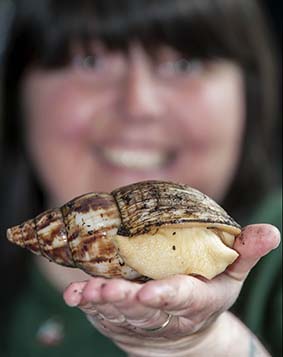 The collection of creepy crawlies will be used to teach youngsters about the creatures in school workshops.

Presenter Dorrie Hall said: “I was absolutely delighted when I collected them as the stick insects are an unusual species and there are lots of interesting facts to share with children about snails.” 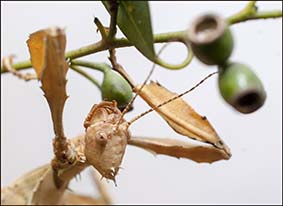 Macleays spectre stick insects are one of the larger species of stick insects, shown right, and can reach up to 200mm in length. The females have small wings which won’t support flight, whereas the males are fully winged and able to fly. Both sexes can range in colour from a light brown to green and they are found in Australia’s eucalyptus forests. 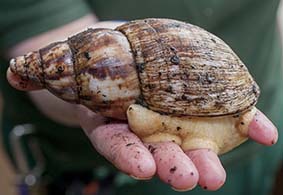 Albino giant African land snails, shown left, are native to East Africa. They can grow to 10″ in length and make good pets, as they are relatively low maintenance and fascinating to watch. In the wild they are considered one of the most damaging species for agriculture  they are known to eat at least 500 different species of plants!

Previous: Keeping is in the family!
Next: DZG carpenters are high flyers!