The West Midlands Mayor, Andy Street, visited DZG and fed our rainbow lorikeets as part of a whistle stop tour, as he heard how a £41 million funding bid will help boost the borough’s tourism. 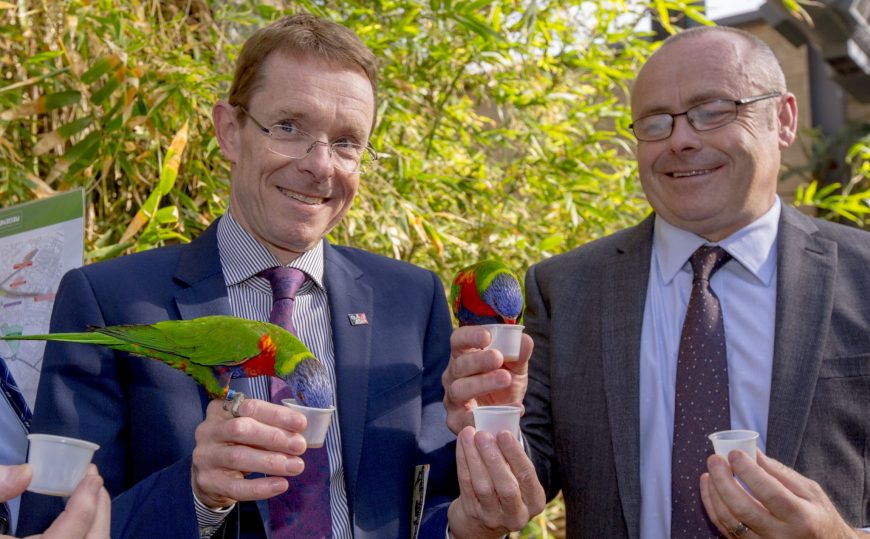 As part of the multi-million pound plans being showcased to Mr Street, were proposals to develop a new Midland Metro and bus interchange, which will improve access to DZG, the Black Country Living Museum and Dudley Canal Trust.

If the council successfully secures the funding, the Castle Hill access would be just one of a number of regeneration projects in the town. 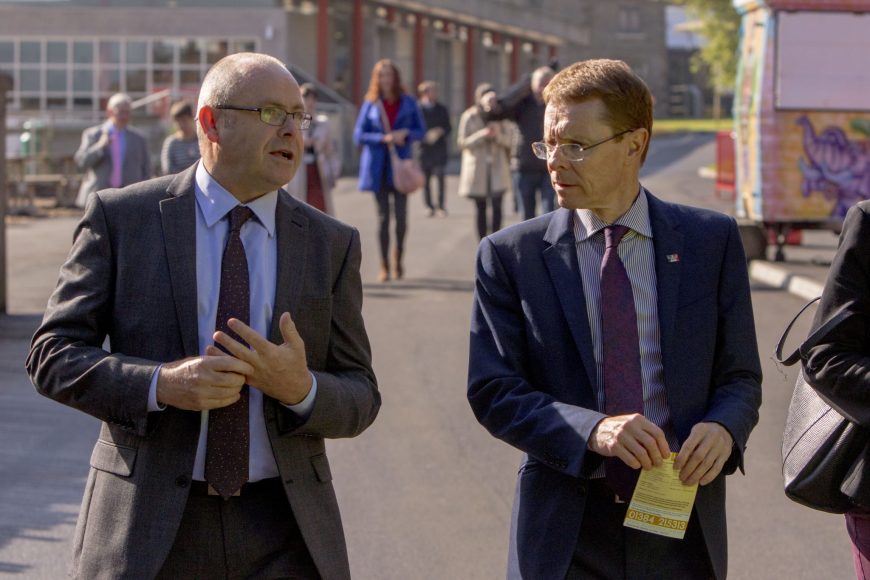 Zoo Director, Derek Grove, pictured above, said: “During his brief tour the Mayor saw several of the DZG projects that have benefited from grant assisted funding, including the four grade II listed Tectons, the car park and entrance route.

“We were also able to show him the animal projects undertaken by the zoo last year as part of the £200,000 redevelopment of the lower zoo site, including the new flamingo, lorikeet and macaque exhibits, along with the new replacement barn which we’ve just reopened as part of a £90,000 overhaul of the farm.

“Albeit a brief visit, Mr Street said he would welcome a full tour of DZG on a future occasion when he will be able to see several of the other regeneration projects and discuss our future development plans.”

The Mayor of the West Midlands, Andy Street, said: “It’s great to see an authority with ambition and a clear plan to work with key partners, businesses and developers to boost the local economy and drive forward change. During my visit I have seen for myself the difference investment and regeneration has made in my Dudley town centre and I strongly support the authority’s plans.”

Previous: Panto comes to DZG!
Next: Dan’s the man!