Crafty schoolgirl, Megan Powell, served up a healthy portion of pasta art to friends to raise funds for her favourite DZG animal. 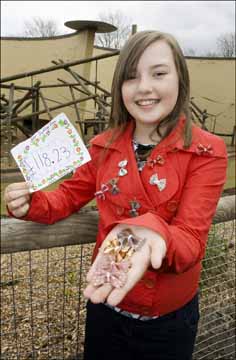 The eleven-year-old Hall Green Primary School pupil raised £118.23 by decorating pasta bows and making them into brooches which she sold to her friends and family.

This week she handed over the cash to buy treats for her favourite animal  a one-year-old Bornean orang utan, named Sprout.

Megan said:?”I did a Little Zoo Keeper experience last October for my eleventh birthday, and had a really great time. I?fell in love with Sprout and wanted to raise some money to buy her special treats

“I decorated the pasta bows with nail varnish and mum and dad helped me with the fasteners. We used up three massive bags of pasta, and they sold really well and I’ve seen lots of people in West Bromwich, and at school wearing them.

“I?made all of the brooches with a different design and sold then for 20p each.”

Teachers at Hall Green Primary School were so impressed with Megan’s efforts they produced a newsletter showing her handiwork. 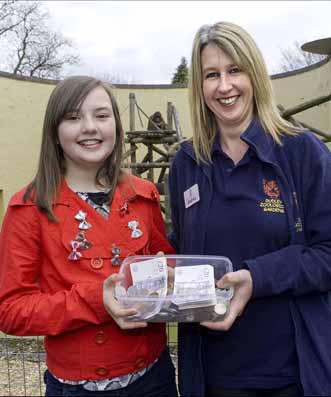 “She made her a special birthday card which she handed over on Sprout’s first birthday, along with the money she had raised. She just loves coming to the zoo, and is already planning her next visit.”

*?Marketing Assistant Andrea Hales was in for a surprise when she received the donation on behalf of DZG?and met Megan’s parents.

She said:?”Helen and Shaun were good friends of mine about 15 years ago but we lost touch so it was fantastic to see them again  we’ve certainly got a lot of catching up to do!”

CAPTIONS:TOP: Megan Powell, aged 11, with some of the pasta bows brooches she made to raise funds to buy treats for her favourite animal at DZG. 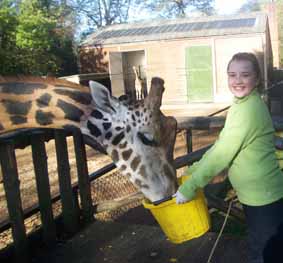 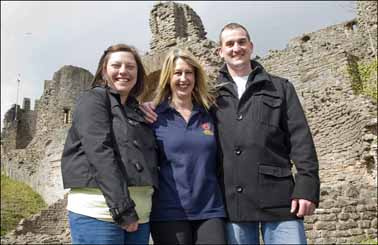 Previous: Spot the DZG celeb!
Next: Philip’s holiday at DZG