DZG is training the next generation of zoo keepers with the launch of a new apprenticeship scheme. 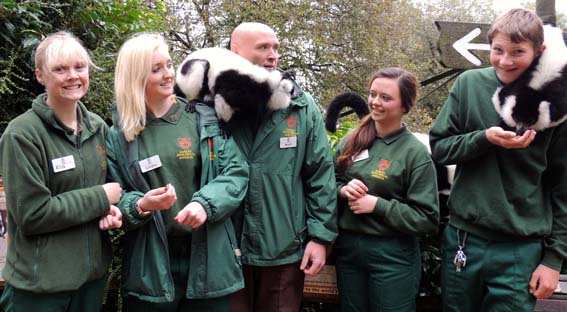 The programme is being run in conjunction with Dudley College with the four successful candidates now rolling up their sleeves to learn how to care for some of the world’s rarest animals.

From learning about dietary requirements, breeding and conservation, to cleaning out enclosures and educating members of the public, the 12-month scheme will give the apprentices an all-round grounding in zoo keeping.

The apprentices work a four-day week at the zoo and attend Dudley College on one day to work towards a qualification in customer services as part of the apprenticeship scheme.

DZG Curator Matthew Lewis said: “The apprentices are all doing really well and they are learning both sides of the job. As well as the hands-on experience of being a zoo keeper they are also learning the customer services side of things at Dudley College which is very important for improving their confidence to talk to members of the public.

“It is early days but they are already delivering aspects of the Zoo Keeper For The Day experiences on their own and we have had some really positive response from our visitors who have been very impressed with them.” 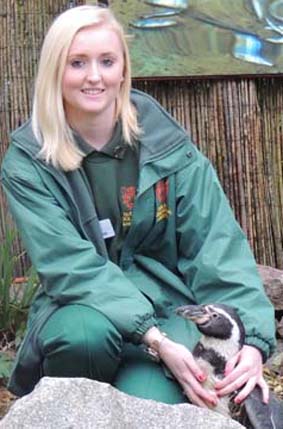 Leigha had studied NVQ Level 2 Animal Care at Dudley College when the opportunity arose to become an apprentice at DZG.

The 17-year-old, from Darlaston, had been planning to work towards the next level but instead applied to get hands-on and learn the ropes of being a zoo keeper by joining the apprenticeship scheme.

She is currently working in the birds section of the zoo and will spend six months there before moving on to the primates.

She said: “It’s great. I absolutely love it.

“I did a Level 2 in animal care and was planning to go to Sandwell College to do my Level 3 but when I heard about this I went for this instead.

“At the end of the year I could get a job here and that would be my dream. I just want to try to prove myself.” 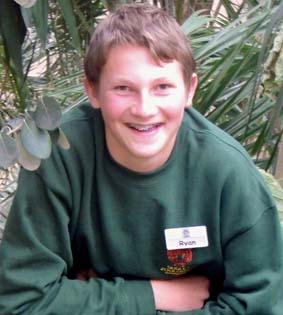 After studying Animal Care at Dudley College Ryan, from Stourbridge, heard about DZG’s apprenticeship scheme during a Get Job-Ready’ course he attended through the summer holidays.

The 16-year-old is currently working in the lower primates section, where he will stay for the next six months, before moving on to ungulates.

He said: “We do a lot of cleaning, feeding and work with the public.

“I have learnt so much in such a short space of time because it is so hands-on.

“I once did work experience with a vet but that was nothing like this. I would love to get a job at the end of it.” 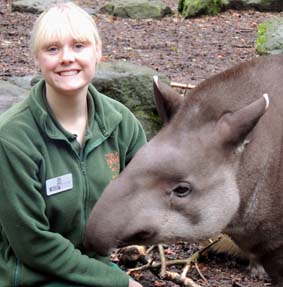 Ellis was studying health and social care at Dudley College but as an animal lover who has cared for numerous pets including horses, cats and dogs over the years, she knew working with animals was her true calling.

The 18-year-old from Lower Gornal, who is currently working in the ungulates section, said: “I was studying health and social care but I always knew I really wanted to work with animals. The days consist of cleaning out and feeding the animals and interacting with members of the public and kiddy keeper sessions with th

Previous: Christmas Countdown
Next: David and the lion’s share!