We’re celebrating at the double following the birth of two Carpathian lynx cubs. 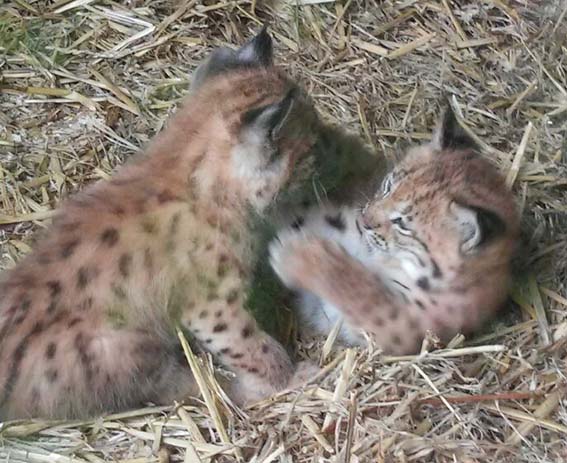 The adorable twins, born on May 20, have been cosying up in the internal dens with five-year-old mum, Daisy, but have just started to venture out into their paddock. 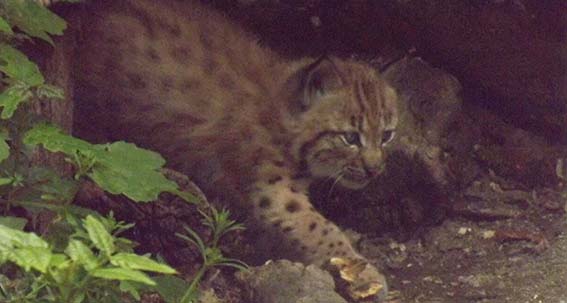 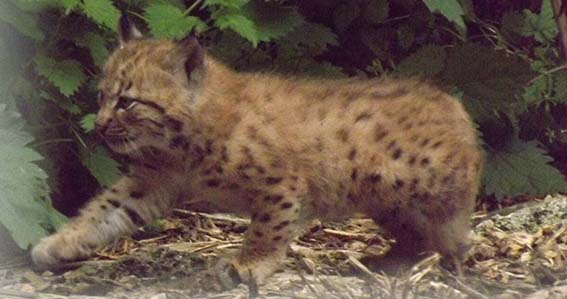 Team Leader Jay Haywood said: “We are thrilled with the cubs’ progress. 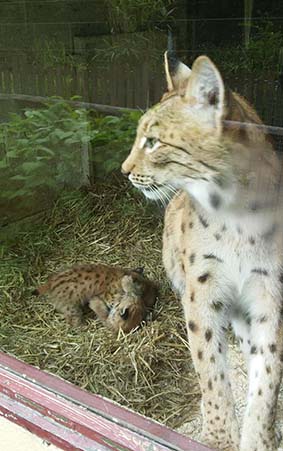 “Both mum and the babies (pictured right) are healthy and doing well and it’s exciting to see the cubs coming out to explore the great outdoors.”

This is the second DZG litter from mum Daisy and dad Dave. Their first – when triplets Dick, Dom and Daphne were born – was a first for the zoo.

Now the one-year-old triplets, who were born on May 23 last year, are taking on some family responsibilities and have been helping their mum look after the cubs.

Jay added: “We’ve got a few more weeks to wait until we find out what sex they are and name them. We’ll do this when we give them their first vaccinations at nine weeks.”

Carpathians are a relatively new species to DZG’s collection, with Dave translocating from Salzburg Zoo in Austria and Daisy from Zoo Veszprem, Hungary in Autumn 2012, as part of a European conservation programme.

He said: “We’ve held Eurasian lynx for many years at DZG but Daisy and Dave were our first ever pair of Carpathians. The latest births are proof of the important role the parents are playing in the breeding programme for this rare subspecies, and it’s wonderful news.”

Female lynx give birth to a litter of one to four cubs after a gestation period of 63-70 days. The female raises the litter singly  the male plays no part.

The youngsters are blind when they are first born and begin to open their eyes after around 10 days. By six weeks the cubs are well developed and begin to come out to play and explore their surroundings.

Congratulations to the proud parents on the birth of the twins. Watch this space for news on their sex and names!