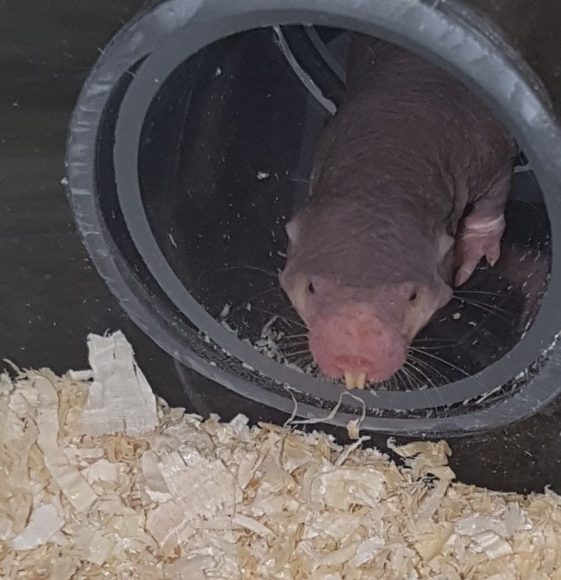 These weird and wonderful creatures arrived from Chester Zoo earlier this week and are settling into their specially-built burrow in the indoor viewing area of the chimpanzee exhibit on the lower zoo site.

“Naked mole rats live in large colonies, but we’re starting off with a breeding colony of five – two females and three males, so we’re hopeful the group will increase in the future. 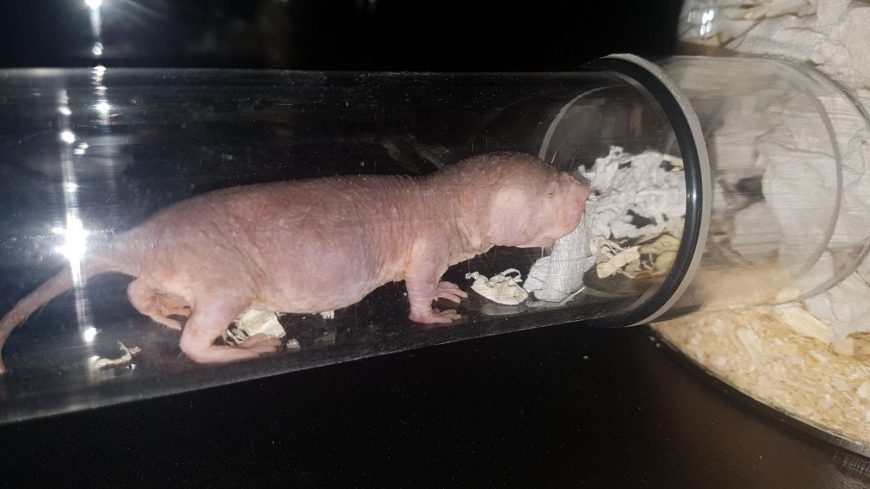 “They’re quite a niche species as there are only five other zoos in the UK who hold them but we’re confident they will prove to be a popular addition with DZG visitors because they are so interesting.”

The heated burrow system, which has to be kept at a constant 30 degrees Celsius, has been designed and built by DZG staff and features interconnecting clear tubes and chambers to imitate the mole rats’ natural underground habitat and also allows visitors to watch the hairless and cold-blooded mammals going about their daily business! 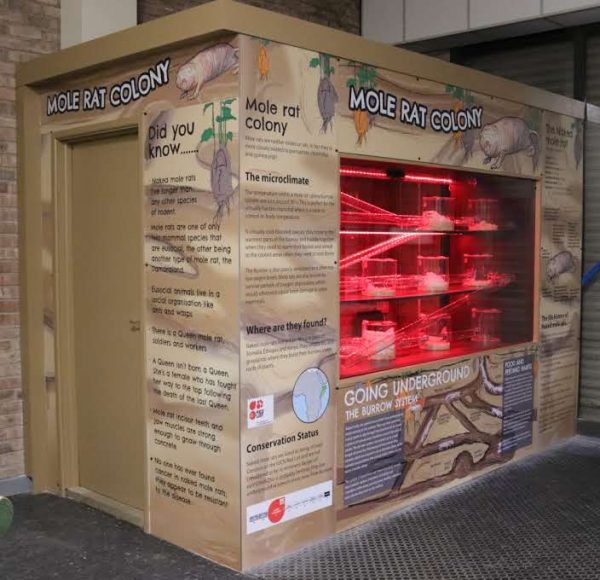 Colourful signage around the burrow also provides fascinating facts about the East African species, including how they’re neither moles or rats, but more closely related to porcupines, chinchillas and guinea pigs and who can live longer than any other rodent species, with an expected captive lifespan of 30 years.

The naked mole rat exhibit is the first part of our £405,000 2018 revamp programme to complete and follows the opening of the extended snow leopard enclosure earlier this week.

Work will now turn to replacing the older parrot aviaries and refurbishing the outdoor farmyard paddock.

Previous: Happy Year of the Dog!
Next: Learn about our lar gibbons