Meet Delta – the newest addition to our bird of prey team! 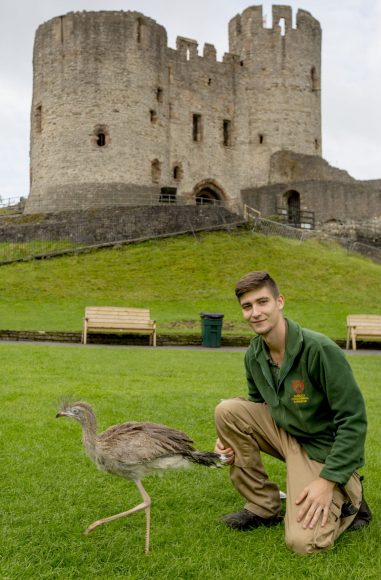 The red-legged seriema is just a few months old and is currently off-show and being hand reared and trained by keepers.

Section Leader Nicola Wright, said: “We’ve already got a soft spot for him and he’s so unusual that we know he’ll be very popular with visitors.

“At the moment we’re getting him used to the sights and sounds of the zoo, so he’s following us around and we’re encouraging him to run, fly, jump and call.” 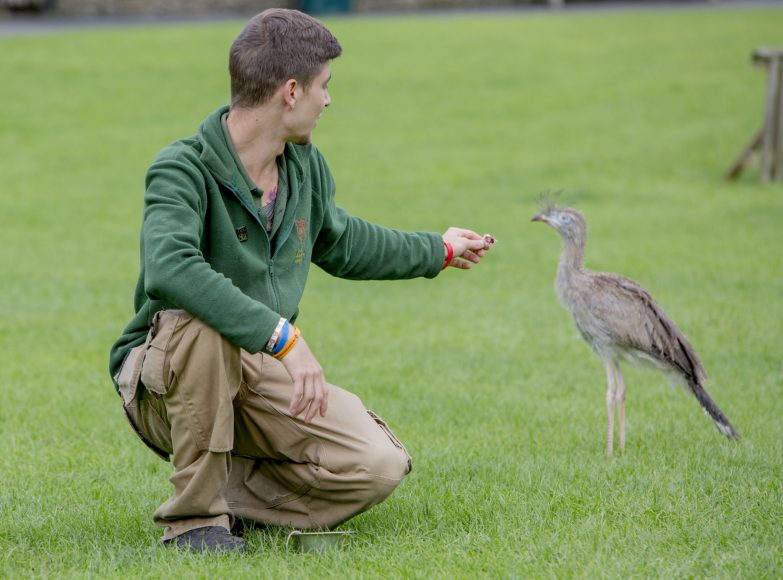 Native to South America the seriema is famous for the unique way it kills prey. When killing snakes, they will pick it up in their beak and forcefully throw it to the ground until it is stunned or dead and keepers are also using rubber toy snakes to help demonstrate the behaviour to visitors.

Nicola added: “Delta’s doing really well with training and we know he’ll look really spectacular when he’s fully grown in the daily show and we hope to introduce him around Easter time.”

Currently Delta, who keepers have named after the Velociraptor in Jurassic World because of the similarities of their clawed feet, has his downy chick feathers, but he’ll soon be developing his characteristic red-orange colour on his beak and legs and the bare skin around his eyes will be blue. 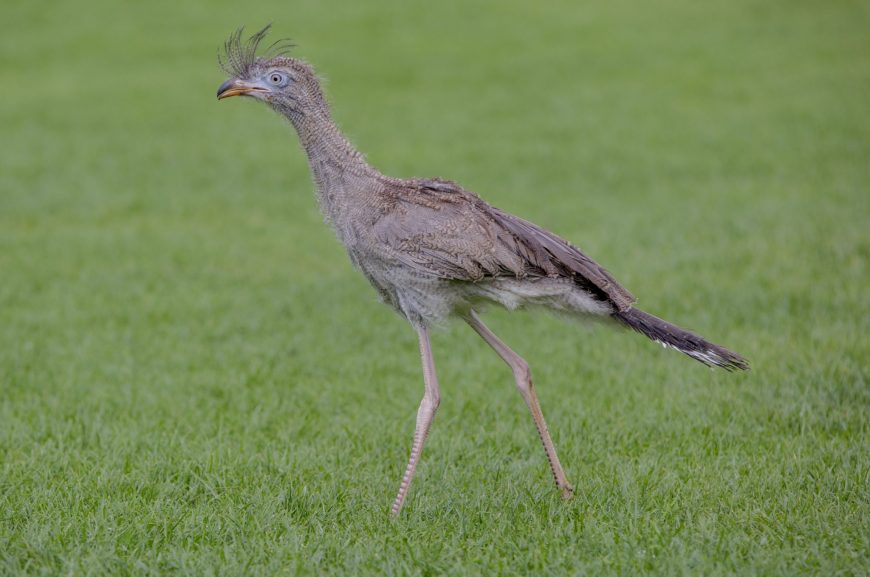 The species has a very distinctive call that can be heard for miles and they’re used by farmers to protect sheep flocks from foxes.

They can run at speeds of up to 15 miles per hour.

The seriema is one of the few birds to have eyelashes.