Three tiny meerkats have been spotted exploring their surroundings after opening their eyes for the first time this week. 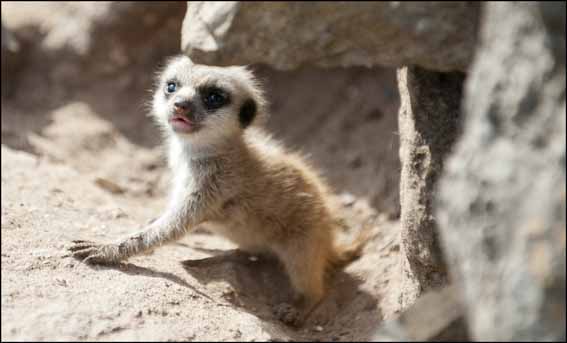 The triplets were born in one of the underground burrows around three weeks ago and made their public debut yesterday to join DZG’s eight-strong mob of adults. 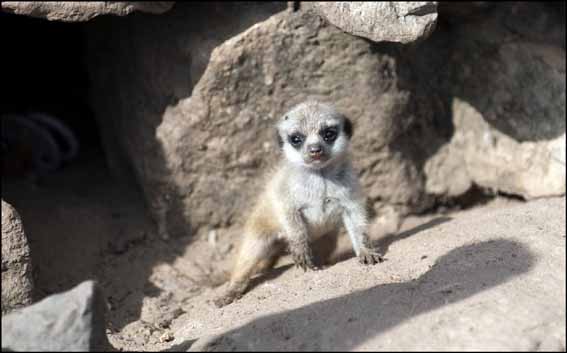 Ungulates team leader, Jay Haywood said newborn meerkats are unable to open their eyes for around two weeks and stay close to the burrows, usually with an adult meerkat who has been chosen as the group’s babysitter. 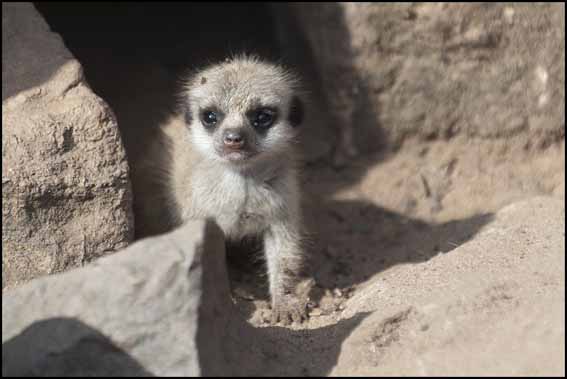 He added: “The babies are very cute and are always a hit with visitors with their antics.” 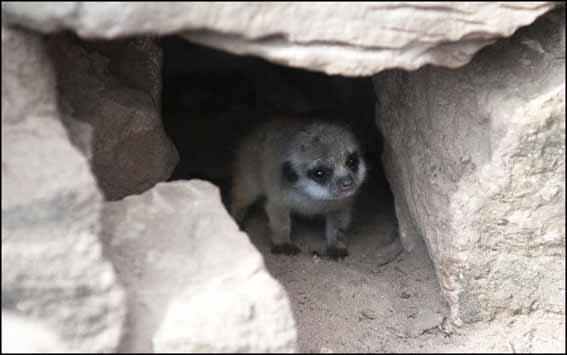 Keepers will have to wait until the babies are eight weeks old to discover their sex. 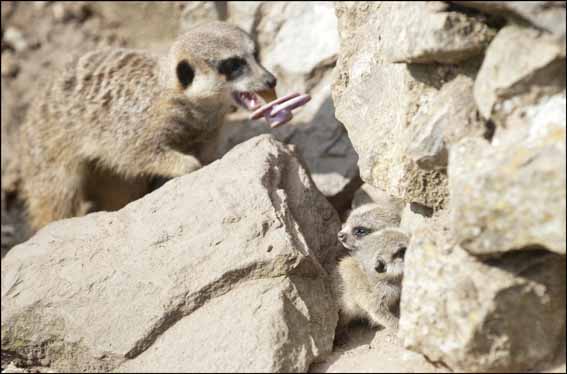 Mums’s the word for this tiny twosome after a child’s dummy dropped into the meerkat enclosure was quickly picked up by their mother and brought over to the young pups!

Previous: Shirley soaks up rays
Next: Flocking for food