DZG’s Meerkat Manor is well and truly open, thanks to pupils from Croft Academy, in Walsall, who officially launched the mini mammals’ des res that has been funded by a £1,000 mystery donation.

The new indoor den for the 18-strong mob has been built following an anonymous £1,000 donation from a generous zoo supporter and the Year 3 class were invited to unveil it as they were visiting DZG to take part in an African Guided Tour. 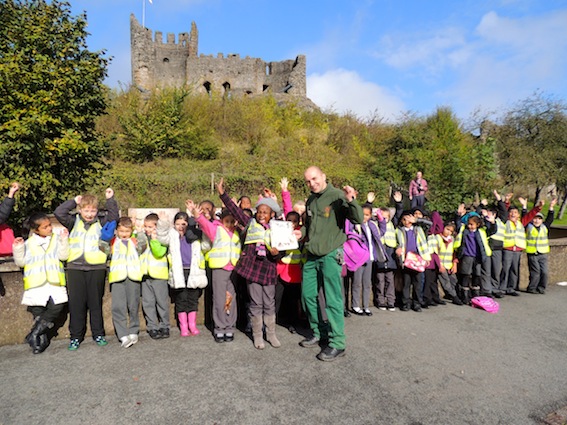 Media and Communications Officer, Rachel Hickman, said: “The pupils were thrilled to be asked to officially cut the ribbon to the indoor den and as a surprise they were presented with an adoption pack for Aleksandr the meerkat by Assistant Curator, Richard Brown as a thank you for their help. 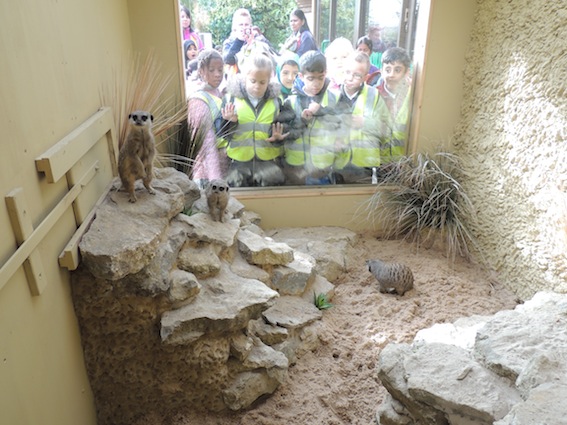 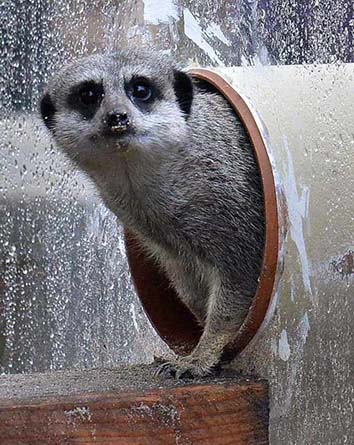 “We are very grateful to whoever donated the money for Meerkat Manor, which has been designed and built in-house by DZG’s Development Team.

“The donation came addressed direct to our meerkats, so we have no idea who posted it, but we hope they come on site soon and see the finished den for themselves, which the meerkats are already making great use of!”

The heated timber-frame structure, which is attached to the Reptile House, has been built outside the perimeter of their current Tecton Reptillary enclosure and includes a large viewing window so visitors can see their mischievous antics, whatever the weather, and a tunnel system so that the meerkats can move freely between the two spaces.

Previous: Curry enrichment for lynx
Next: A spook-tacular half term