Netherton man, David Pope, has sent in an interesting photograph of  a 1939 Dudley Zoo medallion that belonged to his late grandmother. 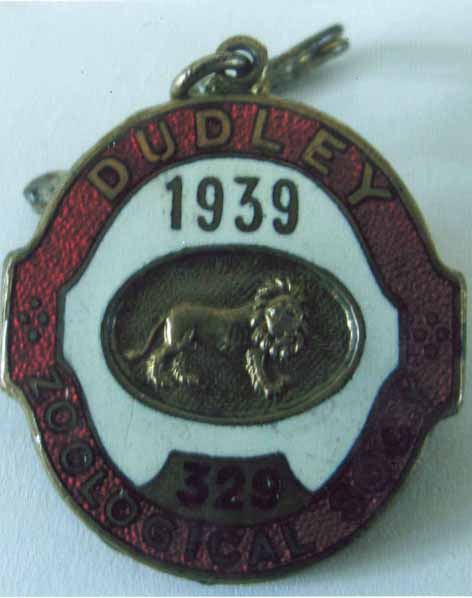 He said: “The items seems to be of brass with gold plating, with white and red enamel to the face. Inlaid on the face and back is the date 1939 and what I assume is a membership number, 329.”

He added: “The medallion came to me some years ago following the death of my grandmother and I would be most interested to know its history.”

DZG Head of Media and Communications, Jill Hitchman, said: “The medallions were issued to Fellows of Dudley Zoological Society between 1937, when the zoo opened to the public, and, we believe, the mid 1960s.

“The 329 is, indeed, a membership number  Fellows were the equivalent of today’s members, and often membership was by invitation only.

“Many local business owners and heads of society families were Fellows – it was primarily a ‘males-only club’ and meetings were held at The Fellows, now a pub and restaurant, which stands at the head of The Broadway and adjoins the former Dudley Zoo offices.”