Passengers waiting for the 10.37 Virgin Train at Wolverhampton did a double take when a DZG penguin joined Platform One.

They watched in amusement as the metre-tall fibreglass bird received a VIP welcome from Virgin staff and was shown to its first class seat for the long journey to Edinburgh.

The black-and-white model, re-named McDudley, was one of 21 penguins made to mark the opening of DZG’s popular Penguin Bay walkthrough exhibit last year, and has been gifted to Edinburgh Zoo’s Education Department as part of the Scottish national collection’s 100th birthday celebrations.

DZG CEO Peter Suddock, who went along to the station to wave McDudley off, said: “As penguins can’t fly we decided he’d better take the train to Edinburgh and when we approached Wolverhampton’s Virgin Train staff the immediately took him under their wing and gave him the VIP treatment  they were fantastic.”

After checking his passport and travel documents, supplied by bird keeper Luke Millar, Virgin Train staff travelled with McDudley making sure he caught his connections at Preston and Carlisle and even handed out Penguin biscuits to unsuspecting passengers who were unaware they were sharing their train with such a rare bird.

DZG Head of Media and Communications, Jill Hitchman, said: “McDudley got quite a few admiring glances en-route to Edinburgh Zoo.

“The Virgin Train staff were fantastic and we can’t thank them enough for their generosity and for making sure he had a pleasant journey and arrived safely at his destination.

“We hope he has a lovely life in Scotland and joins in with Edinburgh Zoo’s exciting centenary celebrations.” 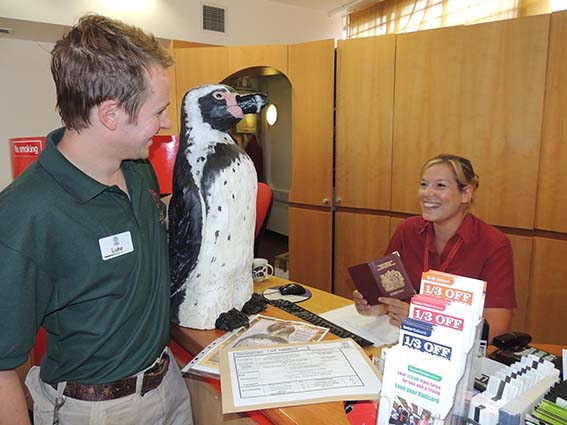 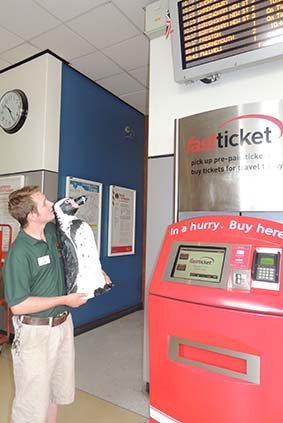 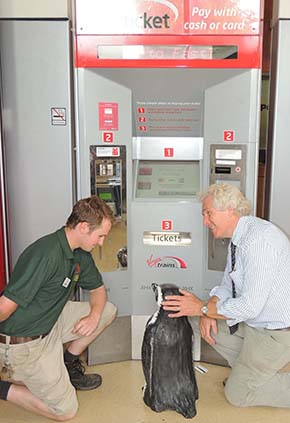 Virgin Trains Onboard Manager at Wolverhampton, Alison Jones, said: “We were delighted to have the privilege to support Dudley Zoological Gardens in taking McDudley to his new home in Edinburgh by train.   “We kept him cool and comfortable and he really enjoyed his first class travel experience.” 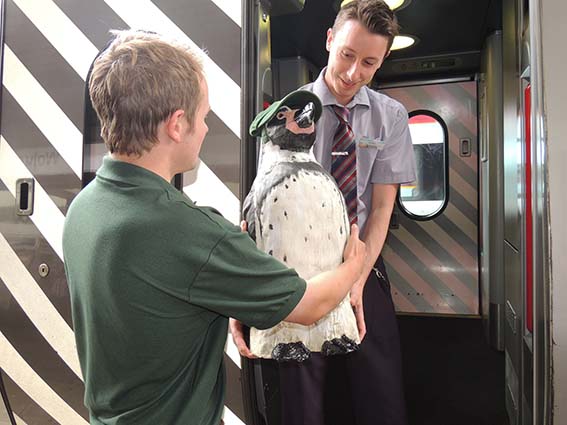 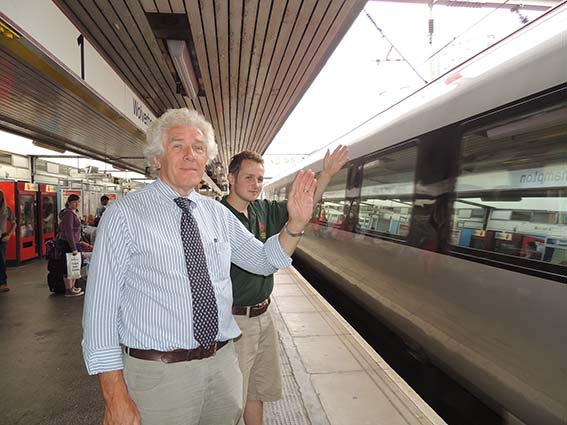 McDudley’s passport travelled with him across the Scottish border and on to Edinburgh Zoo where Education staff welcomed him to his new home and invited him to join upcoming centenary celebrations with their own penguins. 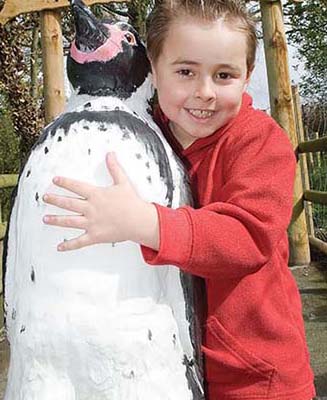 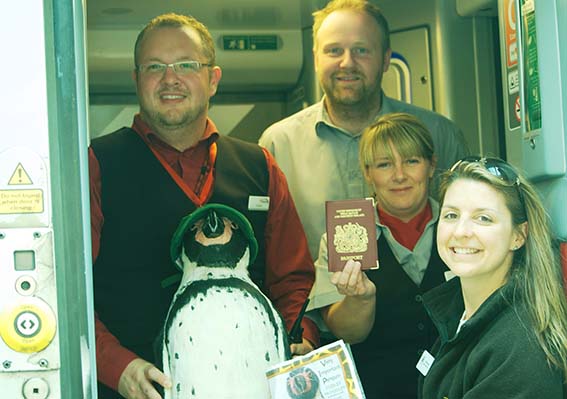 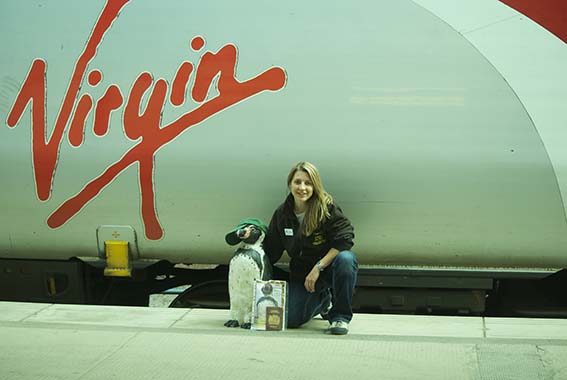