It was 1989 and a 16 year-old Matt Lewis thought he was visiting DZG for a day trip with his mum. 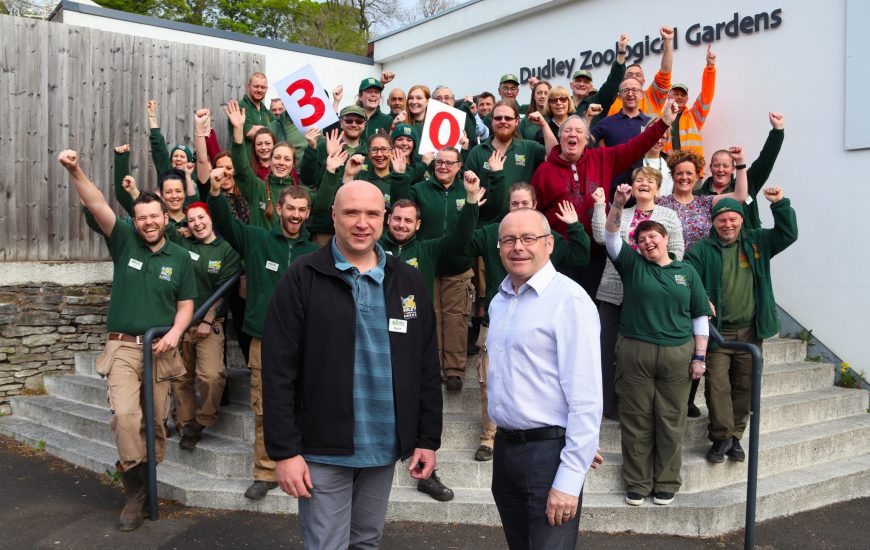 Unbeknown to him, he was actually coming for an interview for a trainee bird keeper’s position which his mum had applied for on his behalf!

Fast forward three decades and the rest they say is history as Matt secured the job and has risen through the ranks to Zoo Manager, where he now deals with all the operational work of the day-to-day running of the zoo.

And on today’s 30-year anniversary, Matt received a long service award and was congratulated by team DZG!

Matt, aged 46, said: “I was all set to become an apprentice with the MEB when I got a summer job at the zoo and never left and those 30 years have flown by.”

In 1997 Matt married fellow keeper Lesley after meeting onsite and the couple, who have been married for 22 years live at the zoo, juggling the needs of the animals while raising their own children, Harry, aged 20 and Eliza, aged 15 – pictured below.

Matt added: “I’ve seen lots of changes at the zoo over the years, but they’ve been the best years of my life.

“My job is so varied and I don’t have a typical day as I could be checking on animals one moment to sitting in on council meetings the next. It’s certainly not dull, but I wouldn’t change it for the world!”

Zoo Director Derek Grove, who presented Matt with gift vouchers in recognition of his achievement, said: “I’ve worked with Matt since he was a fresh faced bird keeper, when he first helped start the zoo’s Humboldt penguin colony. To this day, the colony remains one of the largest parent-reared groups in the UK and one of the zoo’s best success stories.

“Matt’s always taken a great interest in developing the zoo and there is no-one more dedicated to Dudley Zoo than him.”