A female pygmy marmoset is settling into DZG as keepers begin establishing a new breeding group. 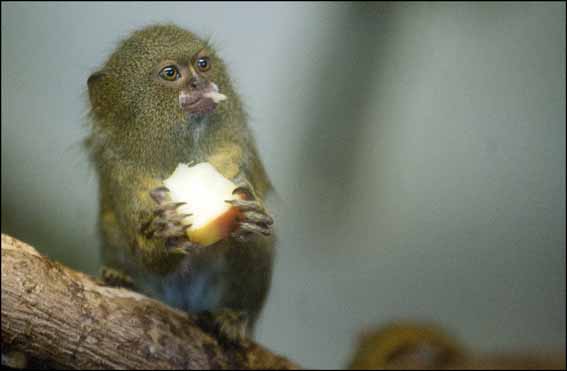 Three year-old Pam arrived from Dublin Zoo in November after DZG’s females were relocated to other animal collections.

Pam has been paired with Hendrix, from the bachelor group, and keepers are hoping love will blossom!

Head of Upper Primates, Pat Stevens, said: “Pam has settled in quickly alongside Hendrix in their enclosure with the Goeldi and Saki monkeys.

“We’ve done well in breeding pygmy marmosets in the past, so we’re hoping we can have similar success with our new dominant pair and establish a breeding group here at DZG again soon.”