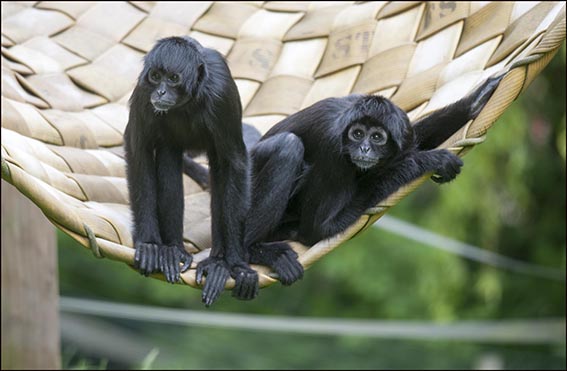 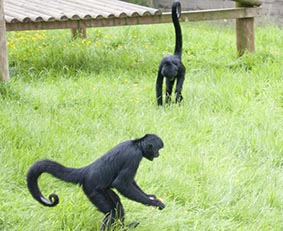 Nine-year-old Charlie and 10-year-old Chester translocated from Colchester Zoo and keepers have been introducing the boys to our two females.   Head of Lower Primates, Nicola Wright, said: “There were a few little spats at the start of the introduction, which we expected as the group becomes established, but it all seems to have calmed down and the lads are settling in well.”   Columbian black spider monkeys are Critically Endangered on the IUCN Red Data list and are part of an international conservation programme at DZG.   The species takes its name from its spider-like appearance, due to disproportionately long limbs and a long prehensile tail which is used as a third hand as the monkeys move rapidly through the high forest strata in their native Central and South America.