There was fun and games for snow leopard cub, Makalu, as he enjoyed his first outdoor adventures! 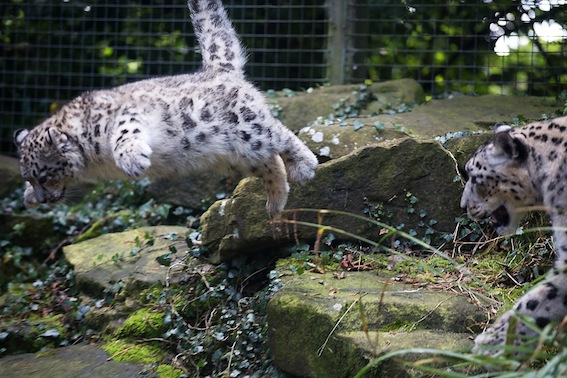 The 20-week-old has been busy exploring the rocks, cave and pool in the outdoor enclosure with his mum, Nanga, after being let outdoors on Monday morning for the very first time since his birth. 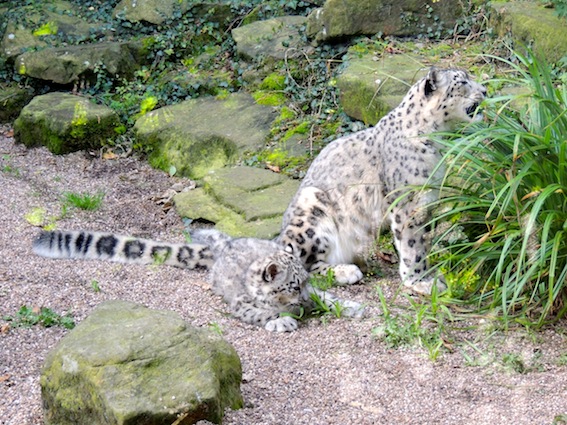 Big Cat Section Leader, Jay Haywood, said: “Makalu absolutely loved being outside. He spent all morning playing, jumping around and stalking mum and then by dinner time he was shattered and slept most of the afternoon, until we got him in for his tea around 4pm and then he soon curled up and went back to sleep again after his big adventure.” 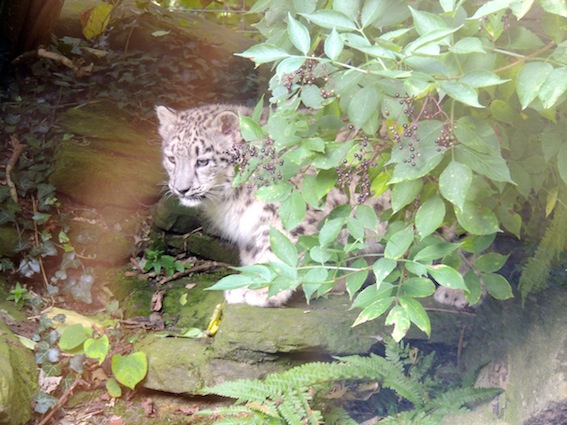 Since his arrival on April 17, Nanga and Makalu have had daily access to the indoor dens and outdoor covered enclosure, but for the last few weeks Makalu has shown a keen interest in discovering the great outdoors, where dad, Margaash has been during the day.

Jay added: “We’re still currently separating mum and baby from dad and rotating outdoor access for them all, just while Makalu gets used to his new surroundings, but we hope to be able to introduce all three of them together in the next few weeks.”

See Makalu in action exploring the outdoors in the video below…

Previous: Lilli becomes a keeper!
Next: Keeper Simon settles in