Snow leopard cub, Makalu can learn all about his family history, thanks to the efforts of big cat fan, Robert Hunter, from Norfolk. 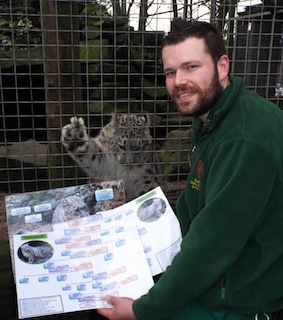 Robert took part in a DZG keeper for a day experience and handed over a comprehensive family tree to big cat keepers for our youngest snow leopard, tracing his background through his maternal line right back to the 1960s.

The 47-year-old, said: “I’m a season ticket holder at Banham Zoo in Norfolk where Margaash was born and have followed his progress at DZG online.

“I’m a big fan of his dad, Rocky and I did a family tree through his lineage for his keepers, so when I heard about Makalu’s birth, I thought I’d do another one, but trace it through Nanga’s family instead.”

Using the International Pedigree Book for Snow Leopards, which gave him all the relevant information up to 2008, Rob emailed zoos around the world and completed internet searches in his spare time to enable him to complete the tree, which includes names, places and dates of birth and deaths back until Nanga’s wild-caught ancestors in the 1960s.

Big Cats Section Leader, Jay Haywood, said: “It was really interesting to see Makalu’s family history and it must have taken a lot of work to put it all together, so we’re very grateful to Rob for thinking about us.” 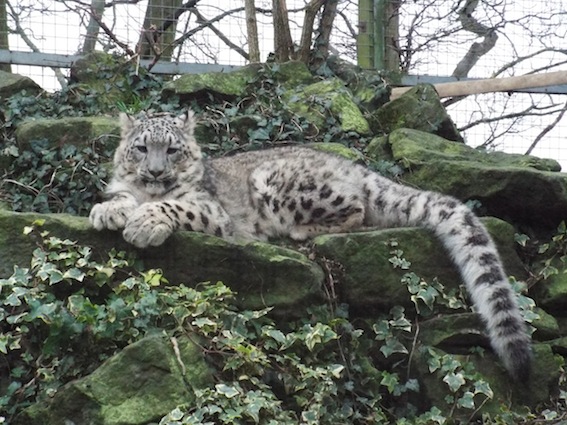 As well as seeing our snow leopard family during his keeper for a day experience, Rob also worked alongside birds, primates and ungulates keepers, as he helped care for some of the site’s other rare species.

Rob, who was on his second ever visit to DZG, added: “I first visited the week after Margaash arrived in 2011 and when I heard about Makalu’s birth I decided to visit again but take part in a keeper experience.

“I love DZG, it’s a really unique place with the castle and Tectons and a vast history.

“It was great to be able to interact with the animals I hadn’t met before and I couldn’t believe I was able to give a chimp a drink with a watering can.

“It was also a highlight to meet Daseep and feed the giraffes from the platform.” 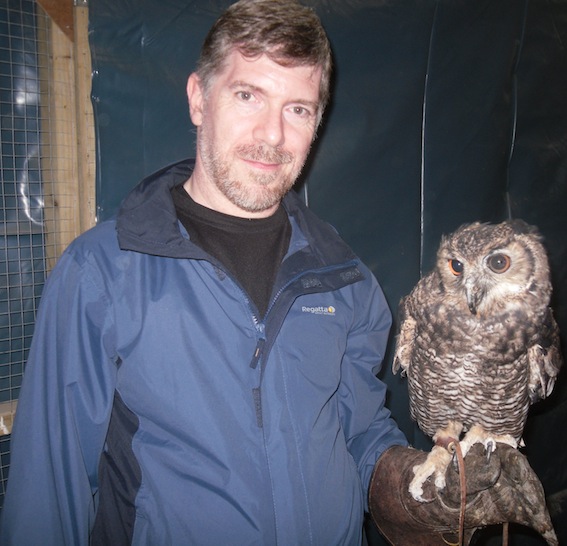 Previous: Switch Off Thursday
Next: Lift-off for half term!