One-year-old snow leopard Makalu amazed his parents, Keepers and visitors – after taking a dip in the pool. 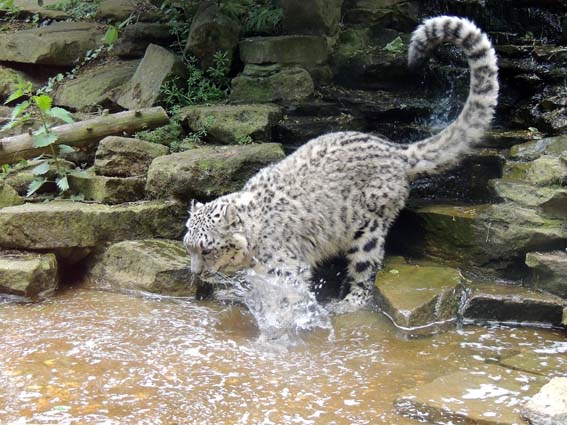 Its the first time the gorgeous youngster has ventured into the water in his enclosure and he definitely seemed to enjoy himself.

The wonderful moment was caught on camera by DZG regular Kathryn Willett. 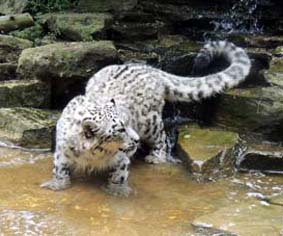 And Ungulates Section Leader Jay Haywood happened to be there too, and took a video of the playful creature. 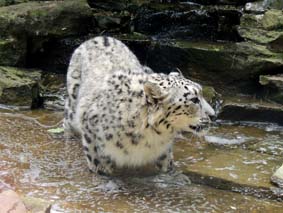 Jay said he was so surprised Makalu had set foot into the water.

He said: This really was out of the ordinary for Makalu, in fact neither the youngster, his mum Nanga or dad Margaash ever go into the water.

Makalu was jumping about and kept running in and out of the water.

We were watching him for about 20 minutes, just going in and out of the pool and it was fascinating.

His mum didnt seem that impressed though when he ran up to her dripping wet!

Jay said the behaviour had baffled Keepers as Makalu had never shown any interest in the water before and had not been in again since.

See Makalu taking a dip in Jays video below.

Previous: Onesie Walks a roaring success!
Next: A natural with animals!