A young visitor has formally introduced herself to her adopted snow leopard cub, Makalu – after penning him a lovely letter. 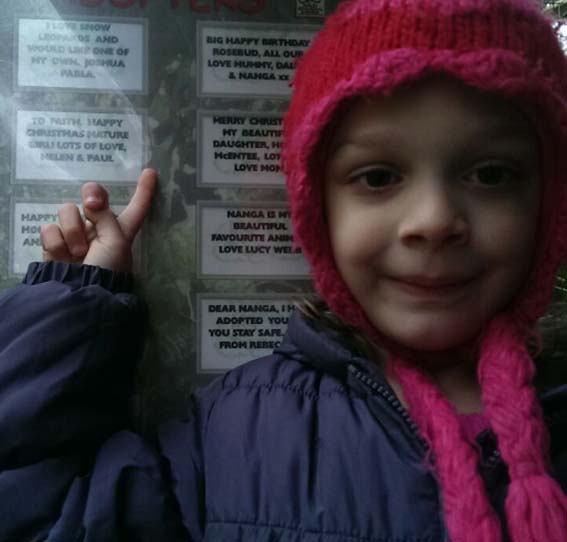 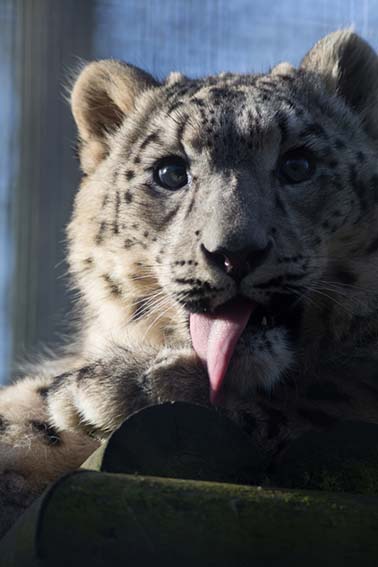 Six-year-old Faith Care-Hill, pictured above, read out her handwritten note to Makalu on her first visit to DZG since being given the adoption pack as a Christmas present.

Her mum Jodie Care said Faith, from Oldbury, was so excited about seeing the nine-month-old cub, she asked if she could write to him and tell him he was her favourite animal.

“She went off and wrote the letter on her own at home and got it ready to take to the zoo so she could read it out to Makalu,” she said.

“Makalu just paraded around as she read it but she was just so thrilled to see him.”

Faith’s uncle Paul Hill and auntie Helen Statham gave her the adoption pack for Christmas and the youngster had her photo taken next to their message which said “Happy Christmas Nature Girl!”

During her visit Faith, a pupil at Langley Primary School, handed the note to DZG Trainee Keeper Jade Reddall who said she would make sure we kept Makalu’s fan mail.

“It was so sweet and Faith was delighted when I said we would look after her message to Makalu,” said Jade.

YOU GOT MAIL, MAKALU!

Hello my name is Faith. I am a female. I was born on 5th of April so I’m still a little bit young. My mum is called Jodi and my dad is called Mark. I am very playful and mischievous. Did you know you are my favourite animal?

Previous: Thanks a bunch, Sainsburys!
Next: Primate premiere for DZG