Three highly endangered Sulawesi crested macaques are making themselves at home after joining the DZG collection. 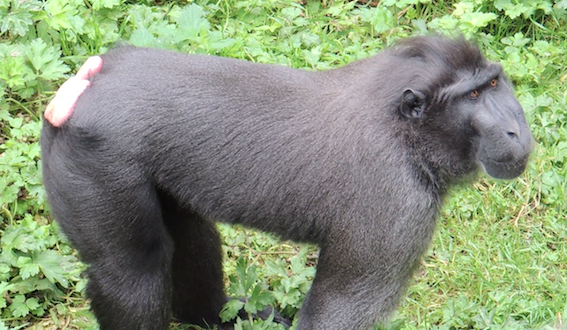 The new arrivals have joined DZG’s resident male macaque, Simon, in one of the triple Tecton enclosures, in the hope of starting a new breeding group and strengthening the bloodline of these critically endangered creatures.

Upper Primates Section Leader, Pat Stevens, said: “Rowan, Poppy and Jasmine have settled in with Simon really well, so we’re very pleased and now have our fingers crossed that they will breed.

“Rowan in particular is certainly making an impression, not only on the girls, but also on the visitors, as the sheer size of him makes him look very impressive, he’s more like a gorilla than a macaque!”

Meanwhile DZG’s female macaques, Sylvie and Sophie have moved back to their original enclosure on the bank with their offspring, 20 month-old boys, Steve and Stan, where the boys are enjoying exploring the purpose built climbing frames and ropes. 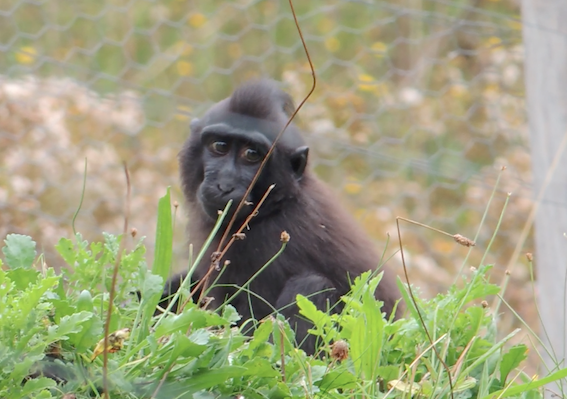 Sylvie and Sophie have been at DZG since 2011, after transferring from Ramat Gan Zoo in Tel Aviv, Israel, as part of an international breeding programme run by the European Association of Zoos and Aquaria (EAZA).

The species is also known as the Celebes crested macaque and originates from the north east of the Indonesian island of Sulawesi.

It is critically endangered due to the clearing of rainforests and being hunted for meat.

A diurnal mammal, it has a long muzzle with high cheeks and a long hair tuft, or crest, at the top of the head.

Previous: The root of the problem!
Next: Newborn meerkat joins mob