We’ve completed the second of our £295,000 redevelopment projects in time for Love Your Zoo Week – with our Carpathian lynx loving their extended home! 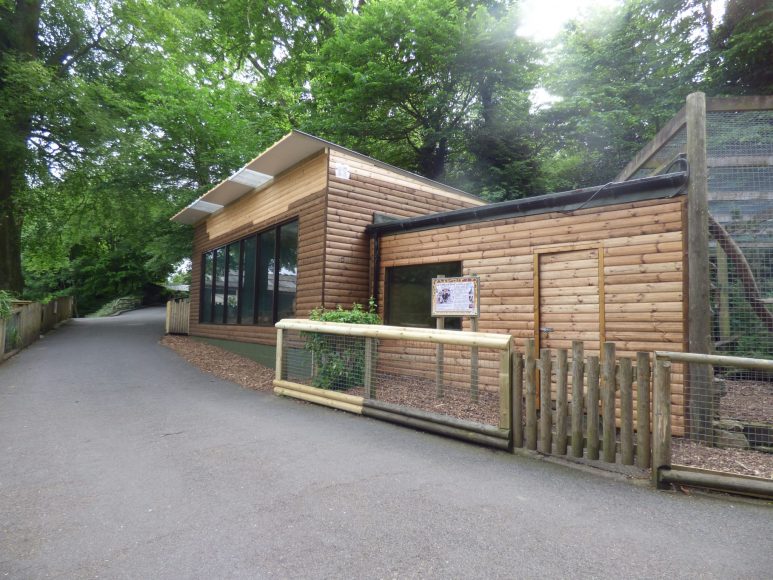 Following the demolishment of the former Geoffroy’s cat enclosure, external contractors and DZG staff have transformed the space into a new internal section for our three lynx, Daisy, Dave and Dakota.

Costing £25,000, the extension has doubled the size of their original outdoor enclosure, with the two parts linked by off-show dens.

“Daisy and Dakota went straight in and haven’t really ventured outside much since, as they’re too busy exploring. But the large viewing windows allow visitors to see them playing.”

As well as the wooden frame, rock platforms and greenery, the enclosure also features a mural wall of the Carpathian Mountains which was painted by Colin Reddall – the dad of Lower Primates Keeper, Jade.

Talented Colin, who paints for a hobby, spent two days transforming the end wall of the enclosure to depict the native home of the lynx species.

Jade said: “He drew it after looking 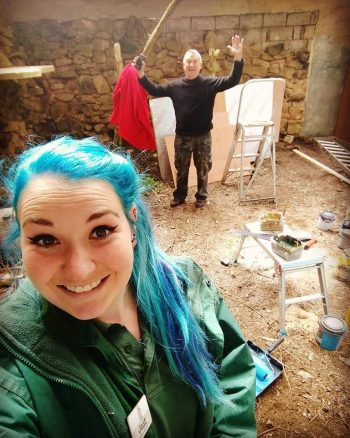 at pictures. He’s been painting for years as a hobby, but he’s never decorated an animal enclosure before. He was just happy to help and I’m sure we can find him some more jobs!”

Thanks Colin, it looks great! 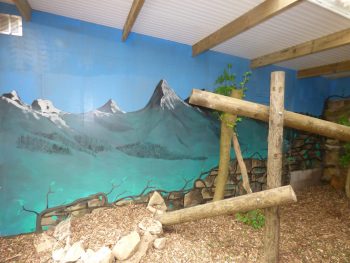 As part of our anniversary redevelopment programme, work is currently underway on a new £90,000 farm barn, which is expected to be open in time for summer.

Work has already completed on a new £25,000 capuchin enclosure and subject to planning permission, it’s hoped we’ll start work on the £100,000 snow leopard enclosure next.

Love Your Zoo Week, which runs between May 27 – June 4, is organised by the British and Irish Association of Zoos and Aquariums (BIAZA) and aims to encourage people to visit their doorstep BIAZA zoos, aquariums or wildlife parks and enjoy a fun day out, while learning about its vital conservation work.