Keepers have named our three Carpathian lynx cubs  and we’re D-lighted to continue a family tradition!

We’re proud to introduce Daphne and brothers, Dick and Dom, whose names complement the D-theme of mum, Daisy and dad, Dave! 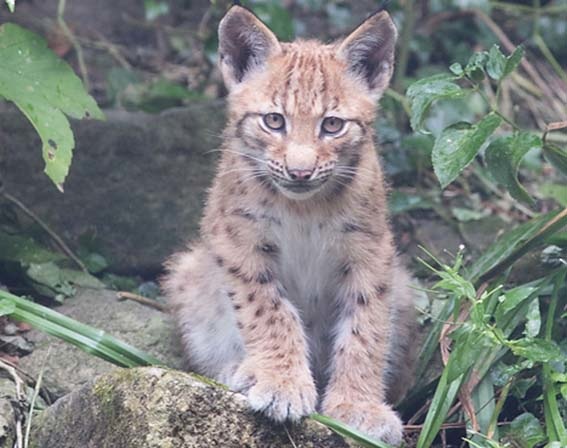 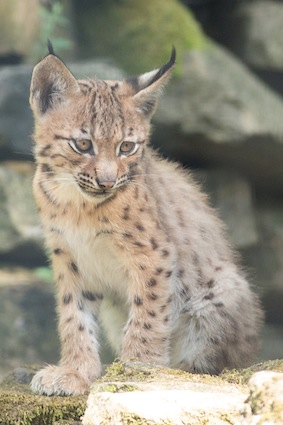 “They’re spending much of their day outside playing together and exploring, while mum and dad keep watchful eyes on them and have been delighting our summer holiday visitors who are watching them get up to all sorts of mischief.”

The triplets, who are DZG’s first Carpathian lynx offspring, were born on May 23 and have now received their identification microchip and final inoculations from zoo vet, Peter Stewart.

Jay added: “When we microchipped them we also made sure we took photographs of their coat markings, so that if needed, we can tell them apart without having to catch them and scan their microchip all the time, as at the moment they all three look identical and are difficult to spot which one is which!”

The cubs will remain with four-year-old Daisy and three-year-old Dave, until they’re around six months old and fully weaned, although they’re already beginning to try smaller portions of mum and dad’s solid food. 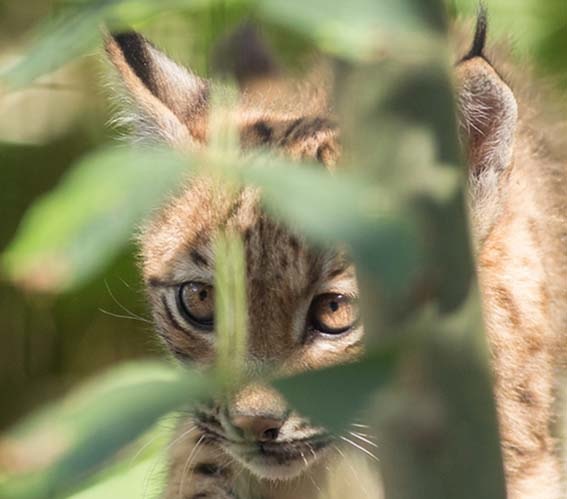