We had an exciting Love Your Zoo Week as we spread the love about DZG’s animals and conservation projects.

As part of BIAZA’s (British and Irish Association of Zoos and Aquariums) holiday campaign we invited people to submit photographs from during their week visit to win an adoption of the pictured animal and we received more than 120 entries, with Zoo Director Derek Grove, picking Emily Hale’s fab photo as the winner.

The picture shows Emily’s two year-old twin boys, Charlie and Ronnie, from Wordsley, watching our giraffe trio, Kubwa, Josie and Kito out in the paddock.

Congratulations! We’re sending you an adoption for Kito, our three year-old giraffe!

“Not only did we unveil our £25,000 Carpathian lynx enclosure indoor area – the second part of our anniversary revamp – we also welcomed a baby Brazilian tapir, born to mum, Meena and dad, Chico, who we revealed in our first ever Facebook Live.”

Other activities included love-themed crafts in the Discovery Centre and we encouraged visitors to hunt out hearts around the zoo site, to win a goodie bag packed full of DZG 80th anniversary merchandise, which was won by Charlie Williams. 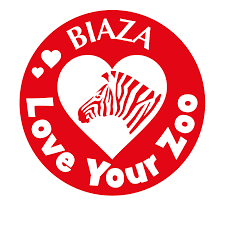 Previous: Under fives party fun
Next: We’ve named the baby!