We’re delighted to be officially opening Lorikeet Lookout today – on the first day of Love Your Zoo Week  and marking the final part of our £200,000 redevelopment plan. 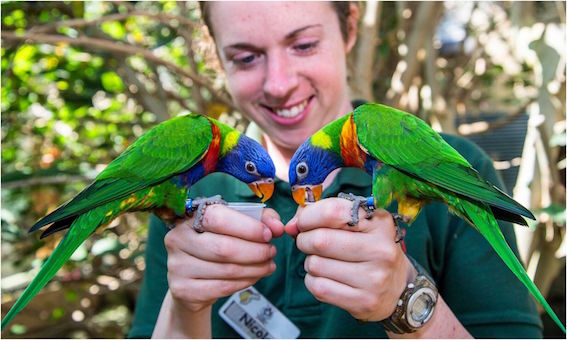 The former Monkey Tails building is now home to free flying Australian Rainbow Lorikeets where visitors are able to feed them from pots of a sweet nectar, made up by our keepers each day. 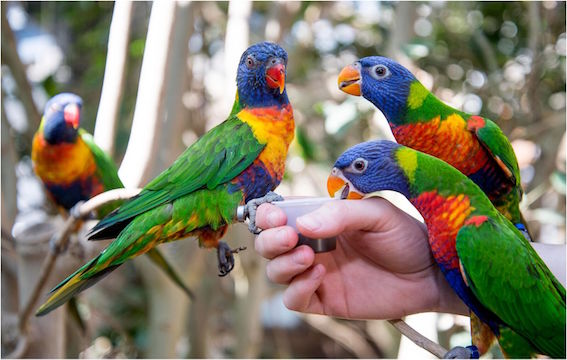 Zoo Director Derek Grove said: “We’ve taken the building back to housing birds, as that is what it worked best for and we’re thrilled to introduce a new species to DZ and a new interactive element for visitors.

“The Rainbow lorikeets look absolutely stunning and we know they work very well in walkthrough exhibits.”

Lorikeet Lookout is the last project to complete in our lower zoo site redevelopment plan which we unveiled at the end of last year.

Over the last few months we’ve opened the enlarged Flamingo Falls exhibit at a cost of £120,000 and seen the arrival of 20 new flamingos to join the group, as well as constructing the £40,000 Macaques on the Bank enclosure, where we’ve transformed an unused hillside bank into a paddock for our critically-endangered Sulawesi crested macaques. 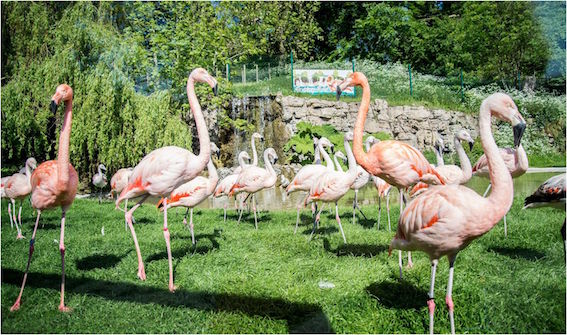 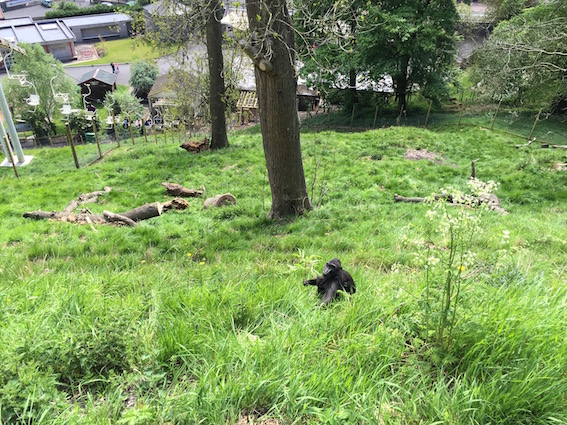 Meanwhile the Lorikeet Lookout revamp, which has cost £40,000, has included a new heating system and pool filtration system for the building’s ponds which now house koi carp, goldfish and terrapins. The walkthrough is also home to Monty, the white-throated monitor lizard and free-roaming roul roul partridges and plans are already afoot to increase the lorikeet numbers in the coming months. 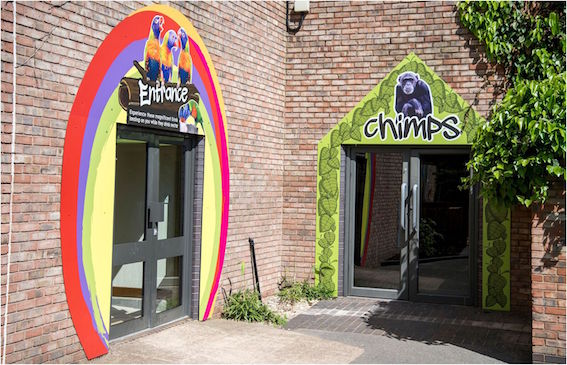 Derek added: “As part of the plans we wanted to create three new developments where visitors could get closer to the animals and we’ve succeeded in this.

“All three exhibits also have facilities to improve visitor experiences on wet weather days as they’ll still be able to see the animals if they’re indoors thanks to extended indoor viewing areas.”

Focus will now turn to introducing giant anteaters to the zoo collection.

Derek said: “We want to continue with a rolling programme of work throughout the year, so there’s always something new for visitors to come and see.

“We’re currently working on plans for the new giant anteaters to arrive in time for the summer holidays, so there’s more to look forward to!”

Love Your Zoo Week, which starts today and runs until Saturday is organised by the British and Irish Association of Zoos and Aquariums (BIAZA) and aims to encourage people to visit their doorstep BIAZA zoos, aquariums or wildlife parks and enjoy a fun day out, as well as discovering all about the attraction’s conservation, education and research work.

Find out what we’ve got going on throughout the week by CLICKING HERE.