One of our most familiar faces is celebrating her 30th year at DZG today. She’s part and parcel of DZG life and the zoo just wouldn’t be the same without Lesley Lewis! 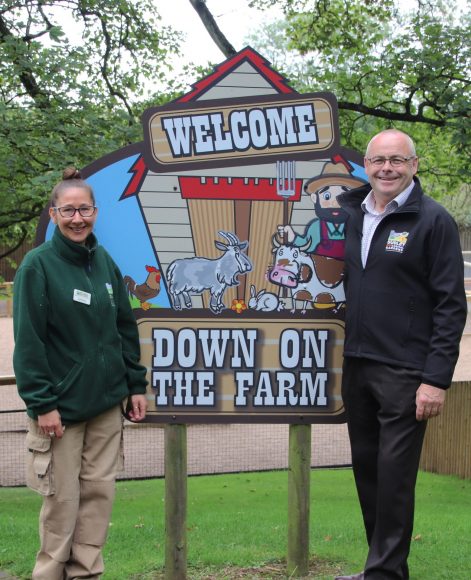 Joining straight from school in 1989 as a trainee keeper, Lesley started working with the site’s big cats and farm animals and over the last three decades has worked with most species, including her favourite camels, before settling into her present role of Team Leader of the farm.

And there’s not many people who can say she’s hand reared a lion cub in her living room, while heavily pregnant with her first child!

Lesley, aged 47, said: “The lion cub was rejected by his mum and we took him home at two days old.

“He used to come home with us during the evening and then spend the day in the zoo cabin. “It was a mad time, but lovely too and he lived with us for a quite a few months before he got too big and we had to move him back on site.”

During her 30 years Lesley also met and married fellow keeper Matt (who’s now the Zoo Manager) in 1997 and the couple, who live on the zoo site, continue juggling the needs of the animals while raising their own children, Harry, aged 20 and Eliza, aged 15. 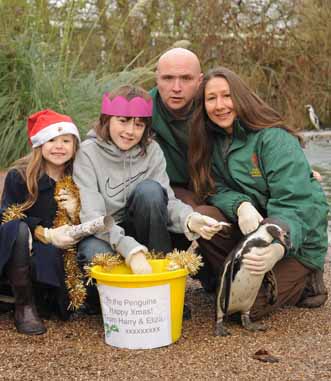 But Lesley’s also fondly regarded as a mother figure to many of the site’s keeping team and is always on hand to offer advice.

Lesley added: “The zoo is like one big family and I’ve been privileged to have helped train so many young keepers over the years, who I’ve watch grow and have their own families and I’m like a proud mum to them all!

“It’s a wonderful job and I feel very lucky to be able to do something I love every single day and it certainly doesn’t feel like 30 years.”

Zoo Director Derek Grove, who presented Lesley with gift vouchers in recognition of her long service, said: “I remember Lesley starting as a bright and bushy tailed youngster.

“She’s dedicated and enthusiastic and can always be relied on if extra help is needed, whether its gritting a paddock or hand rearing a baby camel around the clock, like she’s currently doing.

“But to this day she’s retained that bright and bushy tailed nature and that’s a real credit to her.”