Visitors had the chance to see a very special Olympic torch yesterday as it continues to raise thousands of pounds for charity in a virtual relay. 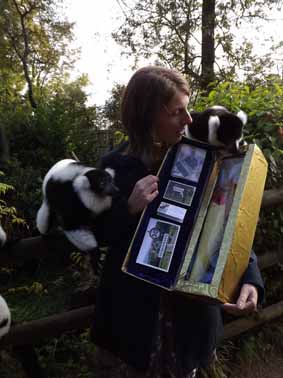 Logan’s Torch, along with current ‘owner’ Lorraine Cowan and partner, James Gould, met cheeky primates in Lemur Wood, said hello to a mob of meerkats and joined birds of prey in the courtyard of 11th century Dudley Castle at the heart of the gardens.

The paper torch is making a round-the-country relay, after being sold on ebay by its creator five-year-old schoolboy Logan McKerrow, of Somerset, who hit on the idea after seeing authentic Olympic torches for sale on the internet for thousands of pounds.   His torch has been bought and re-sold by dozens of people helping him raise money for Hearing Dogs for Deaf People charity.    Lorraine, aged 31, said: “James and I wanted to help Logan raise more funds so we bid on ebay and won it for £33.46 which was made up to £42 via Gift Aid.   “We also wanted Logan to see where Dudley was on the map and thought what better place to show him than Dudley Zoological Gardens. I can’t thank zoo staff enough, they were so helpful in arranging the photoshoot and made us feel very welcome.” 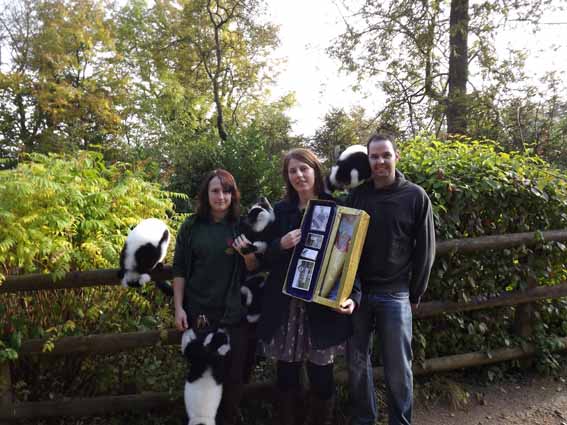 DZG Head of Media and Communications, Jill Hitchman, said: “We were delighted when Lorraine contacted us  what a brilliant idea to send the torch on its way for such a fantastic cause. We arranged for them to take the torch across the site and they really enjoyed their time with us  particularly Lemur Wood (see images TOP and ABOVE).”   She added: “Media and Communications staff were so impressed by Logan’s ambition and enthusiasm that we made a donation to Hearing Dogs for Deaf People.” 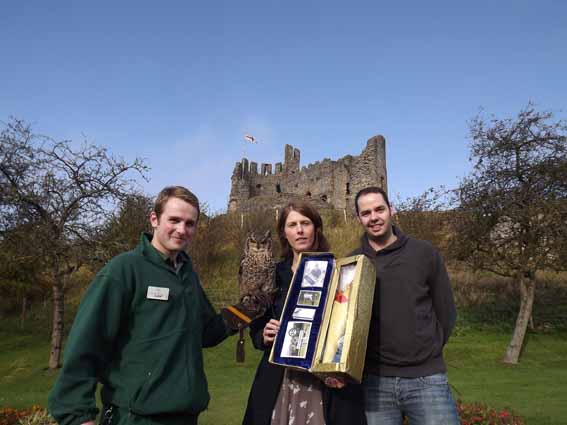 Senior Keeper Luke Millar introduces Lorraine and James to a bird of prey in the courtyard of 11th century Dudley Castle.   In just a few weeks more than £20,500 has been raised via 400 plus donations  achieving 41% of Logan’s £50,000 target.   A Just Giving donation page to accompany the relay was launched after Logan’s story appeared on BBC Breakfast and in national newspapers.   www.justgiving.com/lets-hear-it-for-deaf-children