Newly-promoted Ungulates Senior Keeper Neil Flockhart has every reason to feel proud after fulfilling his ambition to work with big cats. 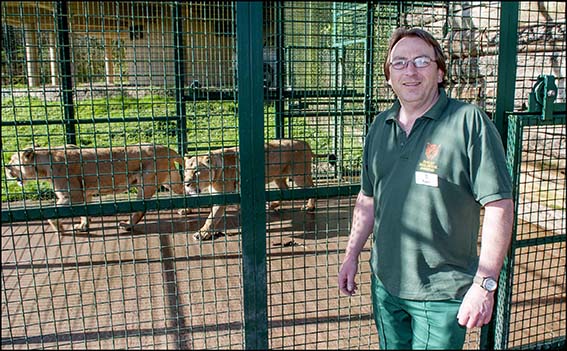 The 46-year-old left a career as a home manager in mental health care seven years ago and joined DZG with one goal in mind – and now that dream has become a reality.

Since taking the brave step to switch careers at the age of 39, Neil has worked his way up from a seasonal car park attendant and land train driver to a job in our stores, then a Trainee Keeper, next a Keeper and now has just been promoted to Senior Keeper. 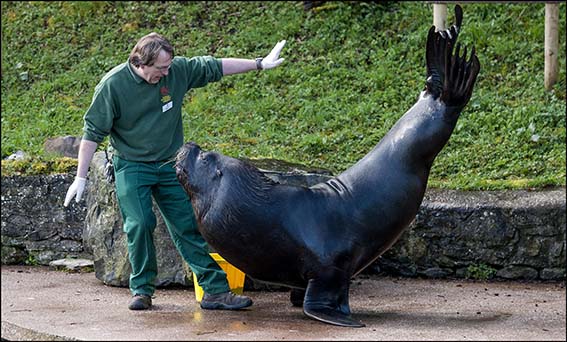 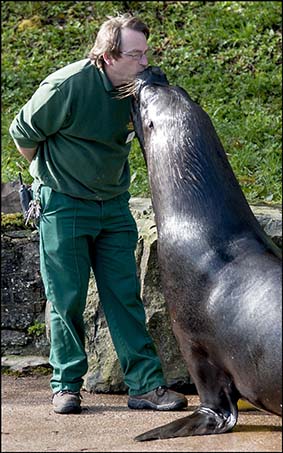 He has worked on every section at the zoo including the Farm, Birds, Reptiles, Upper Primates, Lower Primates and now Ungulates and Big Cats.

With the support of DZG, he also successfully completed his Diploma in the Management of Zoo and Aquarium Animals (DMZAA)  a two-year course covering animal conservation, care, nutrition and enclosure design.

Neil, from Kingswinford, said: “Animals have always been a passion of mine and I wanted to move into a career I knew I would love and one I would find completely rewarding.

“I had to start all over again but it has been worth it.

“Being a Senior Keeper is the goal I’ve been aiming towards and to be working with the big cats is the icing on the cake. Ever since I was a kid I’ve had a special love for cats.

“I look forward to coming to work every day and am so lucky to be doing my dream job!”

LEFT – Loving what he does, doing what he loves… Neil is living the dream

“Most people start training to be a keeper at a much earlier age but Neil decided to completely change his career later in life and has achieved everything he wanted. He fully deserves his success.”

Previous: Pigging out after Easter!
Next: Mystery artist strikes at DZG