Despite standing at just 20cm tall, little Pascal the burrowing owl has a big personality! 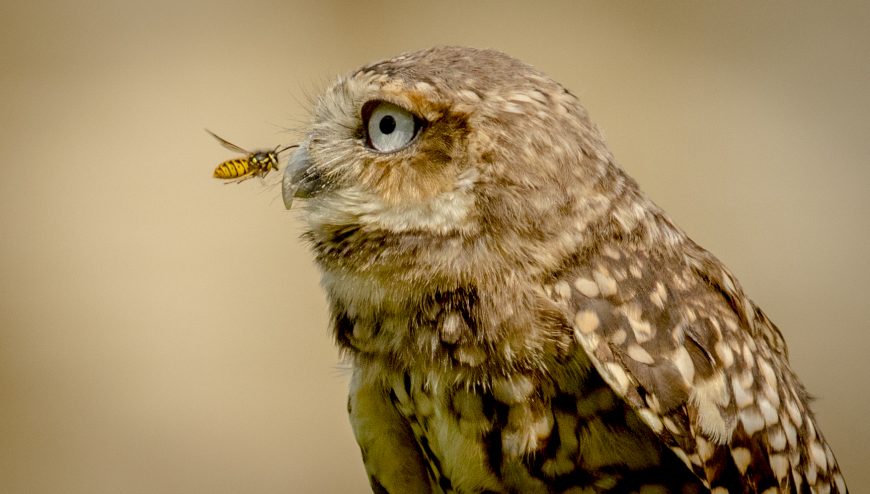 The five month-old was abandoned by his parents when he was just a week old and bird keepers stepped in to rear the youngster.

The owl, who weighs a mere 134g now considers the staff his parents, noisily chirping whenever they’re around. 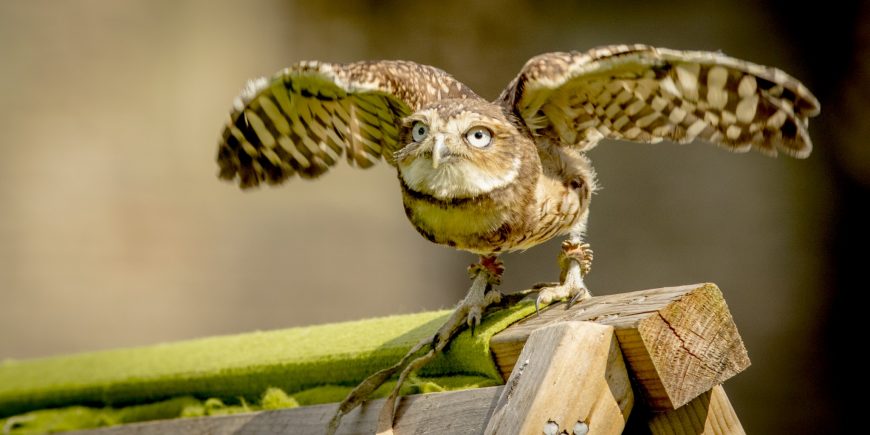 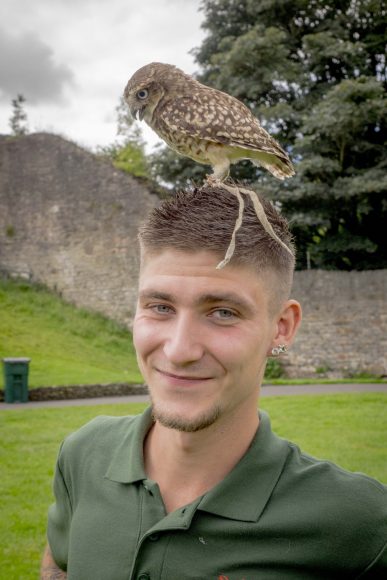 Keeper Kriss Pearson, said: “He’s very cheeky and is constantly calling to us as he knows we’re the ones who feed him.”

And when staff first rescued him, they were feeding the chick up to five times a day, on a diet of finely diced mice and rats.

Now he’s fully grown, he’s been moved to join the other birds of prey in the Elephant House, where the team have been working with him for a number of weeks training him up for the daily display in the 11th century castle courtyard – and he’s quickly become a firm favourite with visitors.

Kriss, pictured, added: “We’ve spent a lot of time with him getting him to fly to us.

“He already knew we had food, so we started getting him to hop towards it and then reward him with a treat when he made it.

“We then simply made the distance longer and longer and he soon worked out he would need to fly to get there. “

“Visitors love him because he’s very cute; who doesn’t love a tiny owl and he’s a bit different, as during the show he usually ends up on our head or runs across the floor following us instead.”

Catch the bird of prey show during half term (weather permitting) at 12pm each day in the castle courtyard.