Asiatic lioness, Asha, was having a great time in Lion Ridge when a mischievous male disturbed her playtime. 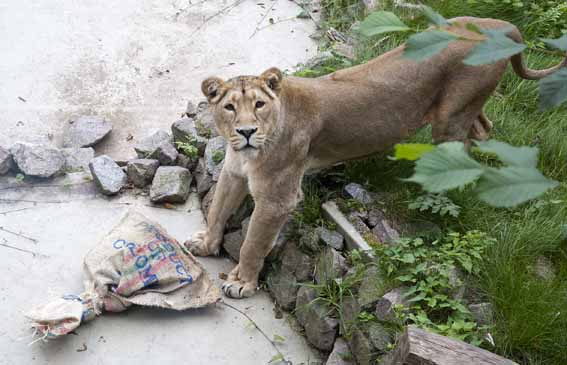 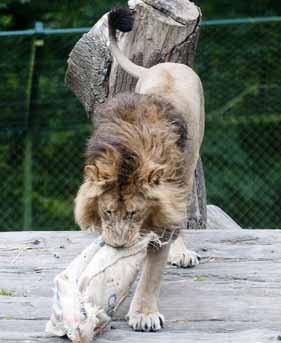 Itar grabbed the hessian sack she was playing with and dashed off to the climbing frame with his spoils.

But Asha didn’t let him get away with such behaviour and quickly reclaimed the toy which was full of tantalising smells from the used giraffe bedding that keepers had stuffed inside.

Assistant Curator, Richard Brown, said: “We put used bedding from our Rothschild giraffes or Brazilian tapirs inside the sacks and the big cats love them as enrichment toys as they encourage them to sniff out the various smells.

“Itar like to think he’s boss, but when it comes to toys, he doesn’t stand a chance against the girls!” 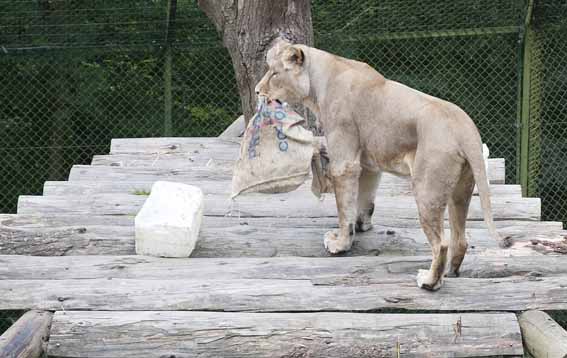