Visitors may have spotted a familiar face at DZG as we temporarily care for two Colombian Black Spider Monkeys. 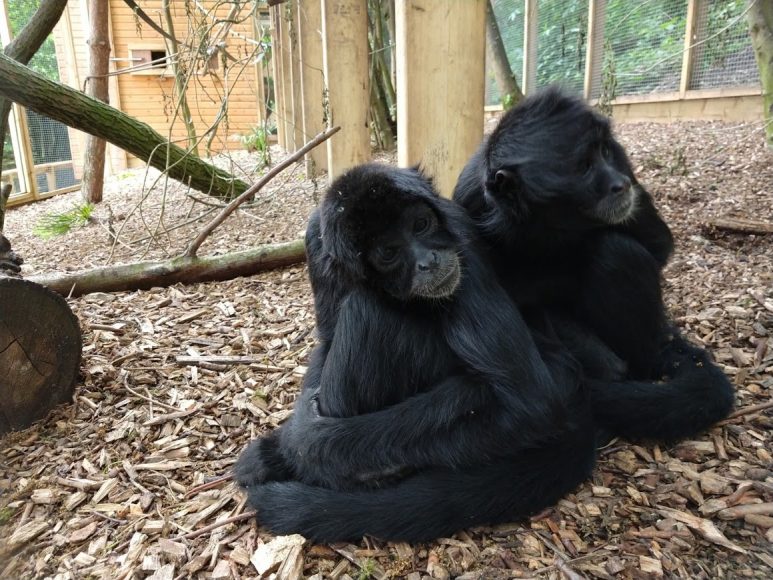 The pair –  former DZG resident Goochie and partner Rosie –  have relocated from Birmingham Wildlife Conservation Park after we were called upon to assist following an alleged arson attack on their enclosure.

Zoo Director Derek Grove, said: “Fortunately the monkeys weren’t physically injured, but some of our staff were dispatched to help dart and transport them here.

“Goochie lived here for 18 years before moving to Birmingham five years ago, but it’s lovely to see how he’s recognised his former keepers and settled back into routines.” 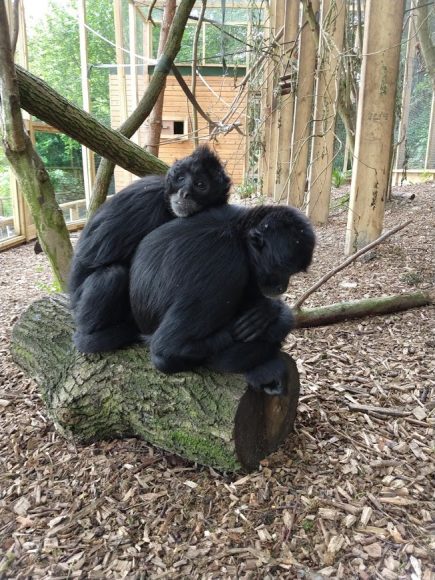 To accommodate the pair, we’ve temporarily moved our black lemur family back to Lemur Wood, while the spider monkeys use their enclosure on the lower zoo site.

Derek added: “The zoo community is an incredible group, who assist and co-operate with each other far more regularly than most people realise and we were pleased to do all we could do to help in what can only be a distressing situation for all involved.”

Previous: What a Dream Night!
Next: Critically endangered pairing