One of our baby ring-tailed lemur twins has been enjoying fun and games with its older brothers. 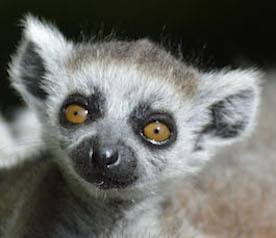 The yet unnamed and unsexed youngsters, who were born in Lemur Wood on April 17 to mum, Phoebe and dad, Frank are now starting to independently leave their parents and explore their surroundings.

And Trainee Keeper, Cara Sheldon, captured some great footage of one of the babies playing with older siblings, Icarus and Kinich.

Cara said: “One of the babies was having a little bit of playful rough and tumble with its older brothers and looked like it was having great fun away from mum, although Phoebe and Frank soon appeared with the other baby to make sure all was okay. But it’s great socialisation skills for the babies, they seem very content with their older siblings.” 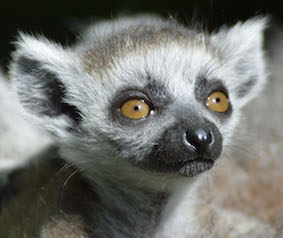 Meanwhile Keeper Jade Reddall also filmed the boisterous boys taking part in some fun and games of their own.

Jade said: “It was very amusing to watch Icarus and Kinich playing together as they chased each other round the bush, playing hide and seek as they jumped out on one another. They love the wood and love making up games!”

The ring-tailed family have also said farewell to daughter, Freya, aged four, who has left DZ to join the animal collection at Galloway Wildlife Park in Scotland.

Watch the video clips below…

Thanks to Sam Weaver for the photos of the gorgeous youngsters!