A plea for unwanted tennis racquets to catch cheeky monkeys served up an immediate love-match with local players. 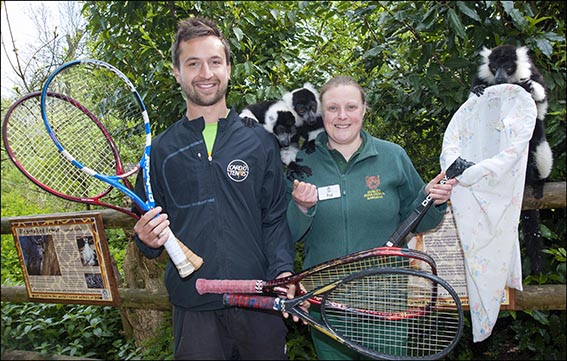 Primate keepers remove the racquet strings, sew in a pillowcase replacement and use the improvised nets to catch up lemurs for microchipping or veterinary checks. 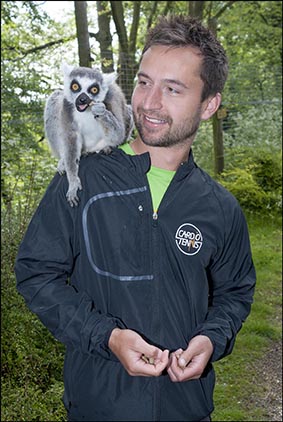 But stocks were running low and staff asked Wollaston Tennis Club, in Stourbridge, if they could lend a hand.

Coach, Richard Cartwright, said: “We were only too happy to help out. We asked around our members and within a few days had collected eight racquets that were no longer of use or just old and unwanted.

“We thought it was a joke at first when the zoo contacted us, but having seen first hand how keepers adapt the racquets I realise what a useful tool they are when faced with catching a fast-moving small primate.”

Richard delivered the racquets to Lemur Wood where Head of Upper Primates, Pat Stevens, introduced him to some of the ring-taileds  pictured above.

Pat said: “We’re really grateful for the racquets, they make life so much easier.

“It puts us at quite an advantage when they won’t play ball as we simply pop the pillowcase over them and scoop them up.

“Thankfully, we don’t have to use them often, but they are invaluable when we do need to catch a primate in a hurry.”