We’re excited to reveal a very special statue to help us highlight the plight of Madagascan lemurs. 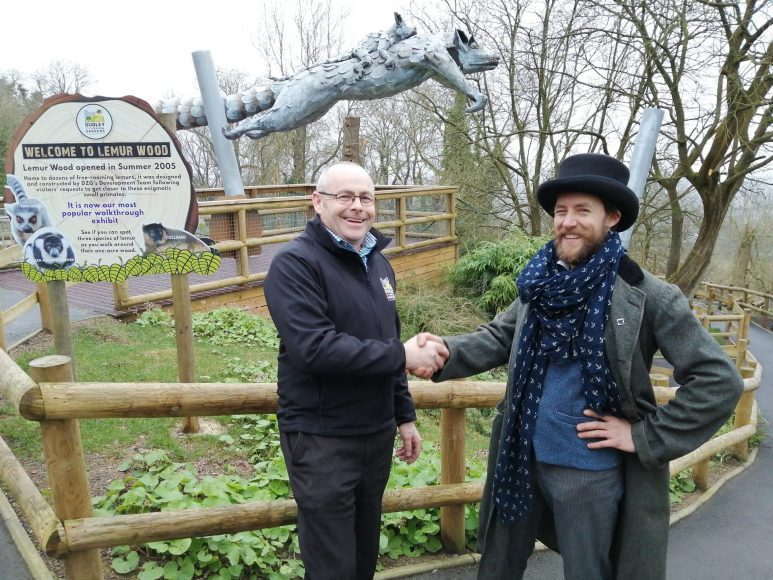 The gigantic steel artwork featuring a ring-tailed lemur leaping from one pole to another, with a baby gripping its back, provides a focal point in our one-acre walkthrough exhibit and is another way for us to engage with visitors about the ongoing threats to the endangered species – with 90 per cent of the population facing extinction.

The 30ft sculpture, titled ‘Leap of Faith’ has been designed and made by local sculptor and zoo member, Luke Perry.

Having taken six months to complete it’s one of the biggest statues Luke’s ever made and includes around seven and a half miles of welding wire – and certainly caused a stir as it was craned into position earlier this week! 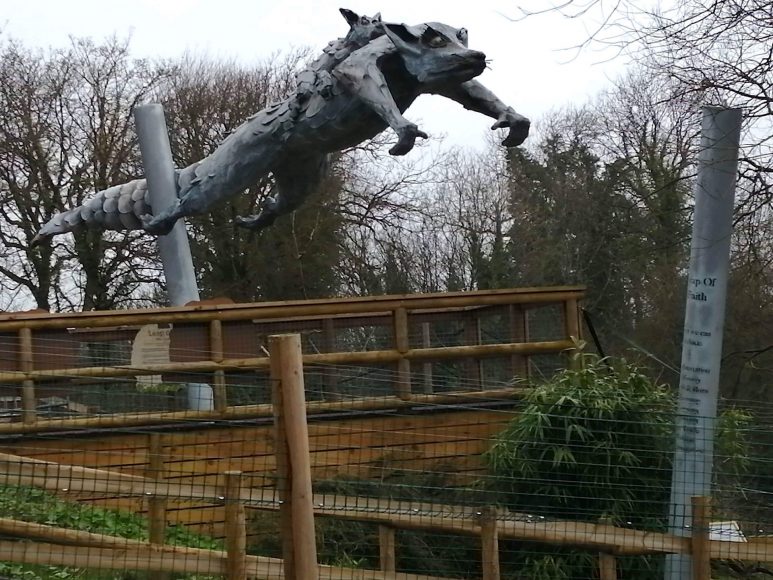 Zoo Director Derek Grove said: “We have lots of conservation signage around the zoo site and have been keen supporters of Lemur Conservation Association (AEECL), for two decades where we help fund primary school teachers in Madagascar, but we wanted another tool to help us highlight important issues.

“We noticed the metal animal statues on the zoo carpark are regularly used for photo opportunities by visitors and decided to try an amalgamation of both ideas.

“The statue makes a huge impact and certainly gets you to stop, look and think, with wording on the poles highlighting the threats lemurs are currently facing, including deforestation, hunting, logging and the pet trade. 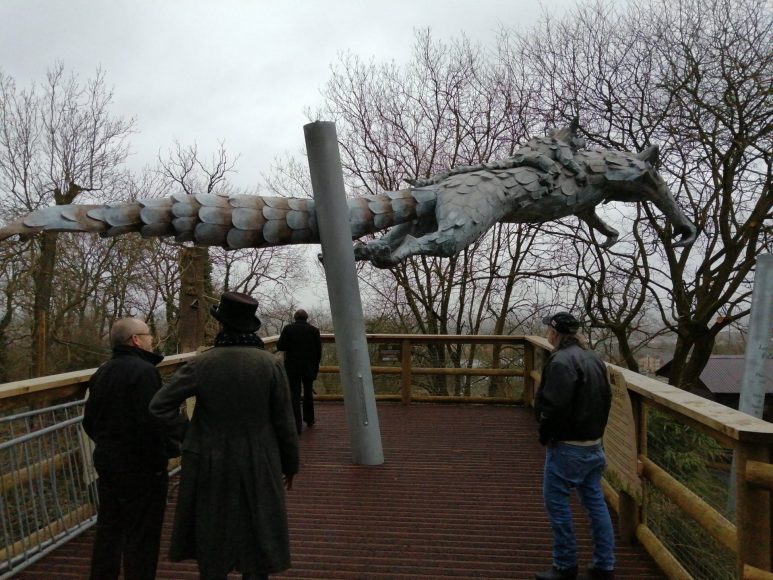 Here at DZC we have five species of lemur – ring-tailed, black-and-white ruffed, red ruffed, collared and black – some of who were intrigued at the unveiling in Lemur Wood yesterday.

Sculptor Luke Perry, who has created the sculpture after spending hours observing the lemurs’ behaviours and movements, said: “Thank you to DZC for giving me the opportunity to do something a bit different. It’s been a challenge and it’s been the first time I’ve had to put wheels on a sculpture and nearly take a wall out just to get it out of the factory!

But I’m so very pleased with it and I’m pleased people like it.”

A mammoth statue called for some mammoth manoeuvring as it was carried through the winding 40-acre site earlier this week – and our collared lemurs couldn’t quite believe their eyes as they watched it craned into position from the safety of their den – watch the video at the bottom! 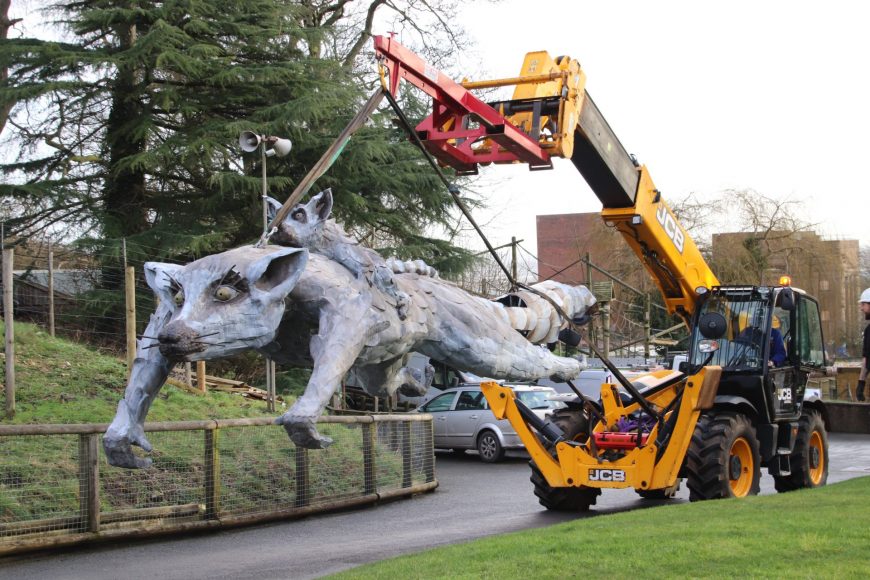 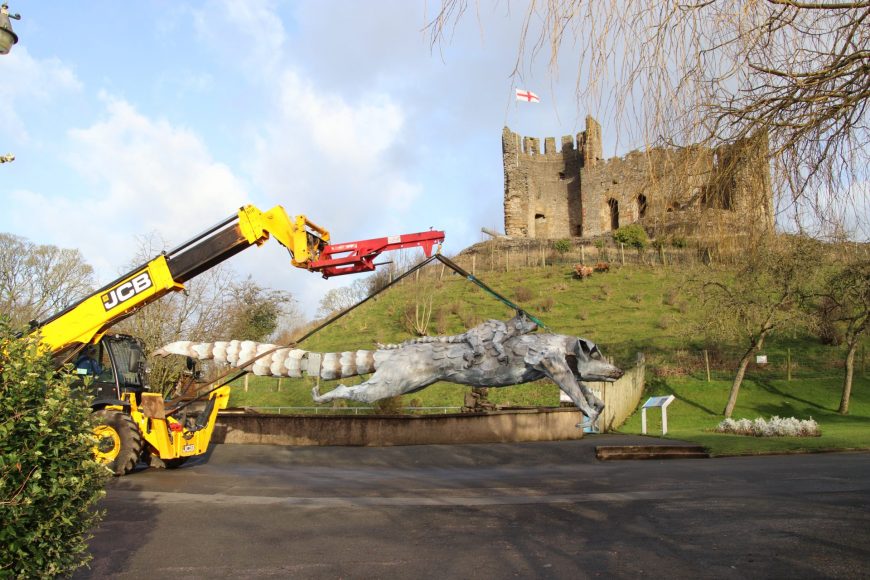 Previous: Showing the love for lemurs!
Next: Herbs and spices help!