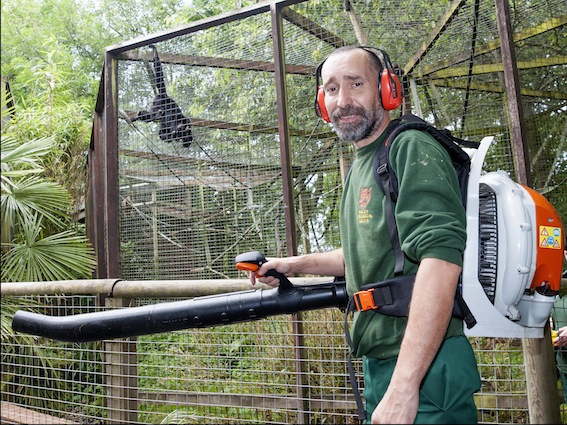 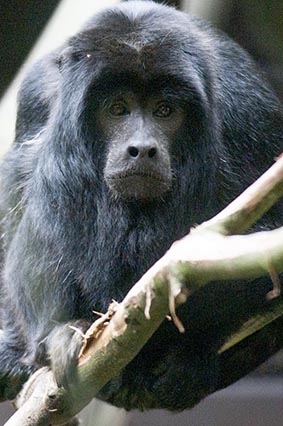 As soon as Carl Stevens starts up the machine it sets off the eight-year-old male primate who begins his deep howling call, which can be heard up to five kilometres away!

Carl said: “We think it must be something to do with the sound frequency of the new blower, as he’s never done it before.

“When the gardeners appear at about 8.15am with the blower he begins howling until we’ve finished and moved away.

“We don’t know if he just doesn’t like the blower or if he thinks it sounds like another howler monkey, as they use their unique noise to let other groups know their location, but whatever the reason he makes a fair old noise and I’m very glad I’m wearing my ear defenders!”

Howler monkeys get their name from a special voice box and a pouch inside their throat that amplifies the sound the male’s voice is much louder and deeper than the females.