DZG’s three endangered Lar gibbons have been the centre of attention over the last few weeks as part of EAZA’s (European Association of Zoos and Aquaria) Southeast Asia Campaign. 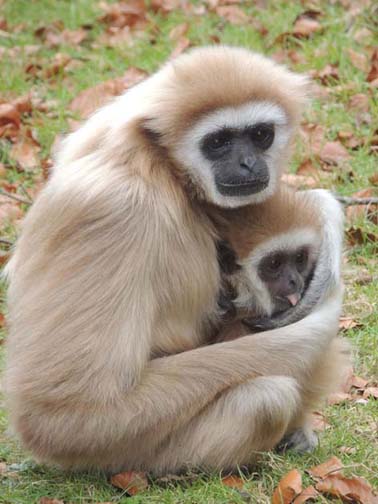 Visitors have been able to learn more about Huggy, Meo and little Penny from DZG’s Presenters, who have been providing talks about the trio as part of the campaign to raise awareness of the threatened animal species of Southeast Asia.

The Lar gibbon, found in Indonesia, Laos, Malaysia, Myanmar and Thailand, is under threat in the wild due to habitiat destruction, through forest clearance, illegal agriculture and tourism.

The species is also sometimes hunted for food and for the pet trade.

Visitors can still find out more about the ongoing EAZA Southeast Asia Campaign and species under threat by visiting the Discovery Centre and checking out the display board.