Lar gibbon Huggy has been taking some early morning exercise, so he can keep up with the kids! 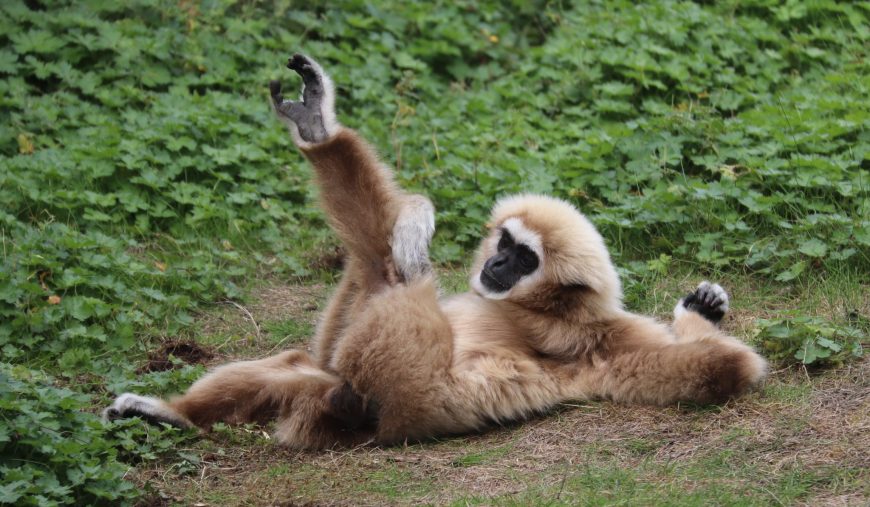 The 18-year-old dad to six-year-old Penny, three-year-old Indah and little Gary, who is just six months, was spotted doing a single leg raise and several stretches to make sure he stays in shape.

DZG’s Head of Upper Primates, Pat Stevens, said: “With three youngsters to keep up with, Huggy has to make sure he maintains his fitness!

“He’s a good dad and has a playful side. He loves joining in family games and has been soaking up the sunny weather we’ve enjoyed this week.”

Lar gibbons bond for life, with females giving birth to a single young after a gestation period of around seven months, and when mature make a distinctive musical ‘whoop’ that can be heard up to half a mile away!

Previous: Binti the birthday girl!
Next: Thanks a bunch!