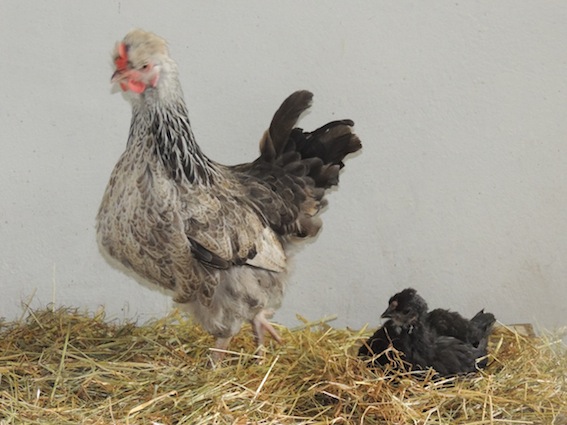 The year-old chicken was regularly giving keepers the run-around by laying her eggs in unusual locations around the farm  from on top of kitchen worktops to the camel enclosure  which they then had to hunt out every day.

But the hen surprised staff by suddenly sitting on her egg one day  and 30 days later she was still there!

Trainee keeper, Jess Jones, said: “Eggs usually hatch around 21 days, but she never moved for about 30 days and we kept noticing the number of eggs underneath her were increasing as well, so we think another hen was laying them which Lacey also started sitting on. 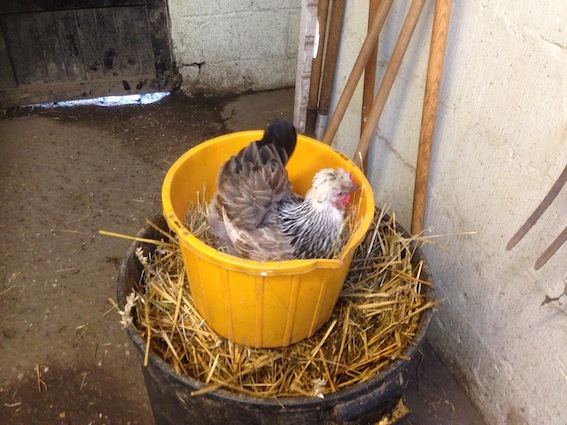 “Lacey normally doesn’t sit on her eggs, she usually lays them in strange locations and then wanders off as soon as she’s done, leaving the egg behind, so we were quite shocked with what she was doing, but she waited so patiently until one hatched and now she’s seems completely besotted with the chick and they both follow each other all around the farm.

“Although we don’t think it was one of her eggs that hatched, as the chick looks nothing like her  but neither of them seem to have noticed!”